The Soyuz-2.1a carrier rocket launched from the Baikonur Cosmodrome has sent into a suborbital trajectory a record number of satellites, a source in Russia’s Roscosmos space corporation told TASS on Friday. 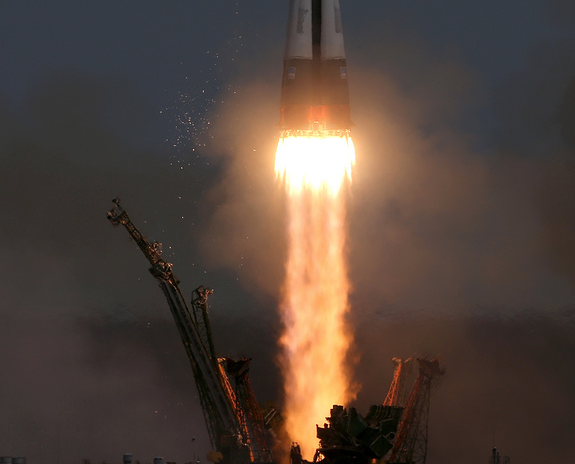 The Soyuz-2.1a carrier rocket together with the Fregat booster has delivered to orbit the Kanopus-V-IK satellite and 72 associated small satellites. Russia has never launched such a large number of satellites simultaneously.

Together with the Kanopus-V-IK satellite, aimed to detect hot spots of fire and monitor emergencies, the Mayak microsatellite, as well as two MKA-N devices for remote sensing of the Earth, have also been launched. The satellite group also includes Germany’s Flying Laptop and TechnoSat microsatellites, Japan’s WNISAT-1R, the NorSat-1 and NorSat-2 satellites (Norway/Canada), 48 US Dove satellites built on the 3U CubeSat format, three US 6U CubeSat satellites, two US LEMUR satellites built on the 3U CubeSat format, the Iskra-MAI-85 (designed by the Moscow Aviation Institute), Mayak (the Moscow Polytechnic University) and Ekvador UTE-YuZGU (the Kursk South-Western State University). Satellites designed by Russian universities are launched under the Roscosmos program for the support and development of the country’s higher educational institutions in the sphere of creating small satellites.

The satellites will be now delivered into three different orbits by the Fregat booster. After completing the mission, the booster will leave orbit and fall back to a designated area in the Indian Ocean.

Russia set its previous record concerning the number of launched satellites in 2014, when a Dnepr carrier rocket, launched from the Kapustin Yar military launch range, delivered 36 satellites to orbit.

The world record belongs to India that launched the PSLV-XL rocket carrying 104 satellites on February 15, 2017.