Brazil's EchoStar 23 To Launch In The New Year... And Report About SpaceX Explosion


January 8 or 9 the EchoStar 23 tri-band telecommunications satellite for Brazil is expected to launch aboard a SpaceX Falcon 9 rocket from Kennedy Space Center, Florida. But before that occurs, SpaceX is expected to inform insurance underwriters about the cause of the September 1 failure, if one has been found, and on proposed corrective actions. The cause of the explosion is tied to a second-stage helium reservoir and the process used to fill the reservoir with very cold helium while the helium tank is immersed. 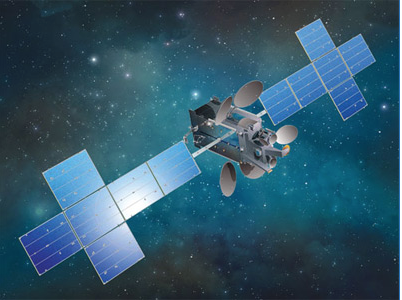 Experts believe that thermal stresses between the exterior of the helium tank, that is made of carbon composite and the filling of the liquid oxygen reservoir could have resulted in the the helium composite over-wrapped pressure vessel to buckle. This would have caused ripping through the liquid-oxygen tank and through the wall separating the liquid oxygen from the liquid kerosene fuel. A possible solution has been suggested that procedural changes rather that construction and design changes may be all that is necessary.

The launch will follow the Falcon 9’s anticipated December launch, from Vandenberg Air Force Base, California, of 10 Iridium Communications satellites into low Earth orbit. The Iridium launch will mark SpaceX’s return to flight following the September 1 explosion of a Falcon 9 as it was being fueled in advance of a static test fire. The satellite, carrying Ku-, Ka- and S-band capacity, will operate under a Brazilian government license that imposes a mid-2017 deadline for the start of service.

EchoStar said it is confident of meeting the Brazilian deadline for Ku-band service, to provide direct-broadcast television in Brazil, but is less certain with respect to the Ka- and S-band services. This was revealed in a November 8 filing to the US Securities and Exchange Commission (SEC).

In addition, EchoStar reported to the US Federal Communications Commission (FCC) that the launch would occur on January 8 or 9 and that the satellite will be tested at 86.4 degrees west longitude for three months before moving to its planned operating slot at 44.9 degrees west.

In mid January this will be a hectic time for EchoStar, with three satellites now being ready for launches in less than a four-week period.

Then right after that on December 22, an International Launch Services Russian Proton rocket is scheduled to launch the EchoStar-21 S-band mobile communications satellite for Europe from Russia’s Baikonur Cosmodrome in Kazakhstan. This will be a return to the base after a June anomaly that forced Proton builder Khrunichev Space Center to ground the Proton to determine what had occurred.

This is a nail-biting time as EchoStar-23, EchoStar-21 are on a regulatory deadline. Under its European Union license, EchoStar is supposed to begin providing service in Europe in December, however there needs to be a two month in-orbit checkout, meaning EchoStar will be at least two months late.

The other company operating under European Union license for mobile S-band services, Inmarsat of London, is also months behind schedule, in part due to launch delays.