[SatNews] to better assess the influence of dark matter... also be on the hunt for exoplanets as well as measuring the bending of light rays due to gravitational effects. 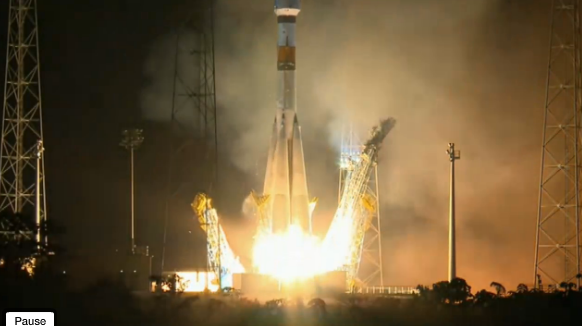 The scientific satellite Gaia, designed and built by Astrium – the world's second largest space company – has been successfully launched from Kourou, French Guiana aboard a Soyuz.

Europe’s most advanced space telescope Gaia, built for the European Space Agency (ESA), will produce a highly accurate 3D map of our galaxy, the Milky Way, and discover and map objects far beyond its boundaries so as to improve our understanding of its origins and evolution. The Gaia mission is also expected to discover hundreds of thousands of unknown celestial objects, including extra-solar planets and failed stars, known as brown dwarfs. And within our solar system, Gaia will be able to identify tens of thousands of asteroids.

Gaia draws on the best in space technology and will carry ultra-modern instruments, including the most sensitive telescope ever made. This cutting-edge equipment draws on unique expertise developed by Astrium in the field of silicon carbide (SiC) telescopes, such as that used for the space telescope on ESA’s Herschel mission, as well as for all the instruments made by Astrium for Earth observation missions. 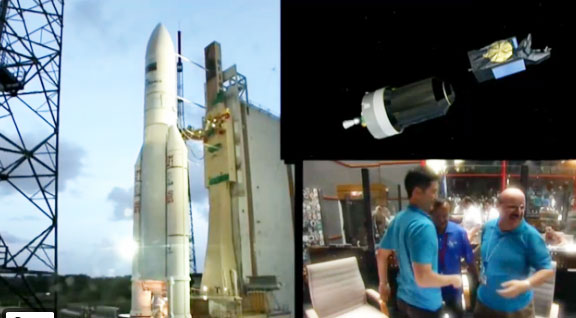 “Gaia is an unparalleled space system: the precision of its instruments and its technical conception once again prove Astrium‘s unique expertise in optical payloads,” said Eric Béranger, CEO of Astrium Satellites. “Mastering these exceptional technologies enables us to maintain Astrium’s rank as the world leader in the export of Earth observation satellites.”

Gaia will also use a ‘photographic’ sensor of unprecedented accuracy. The precision of the measurements taken by Gaia’s optical instruments will be extremely high. For instance, Gaia would be capable of picking out a strand of hair from a distance of 700 kilometres –the equivalent of the altitude of Earth observation satellites – by using its huge focal plane made up of 106 CCD detectors gathering 1 billion pixels. For its attitude control, the spacecraft will use a cold gas propulsion system with micro-thrusters, enabling it to remain perfectly stable and point with the required extreme accuracy. 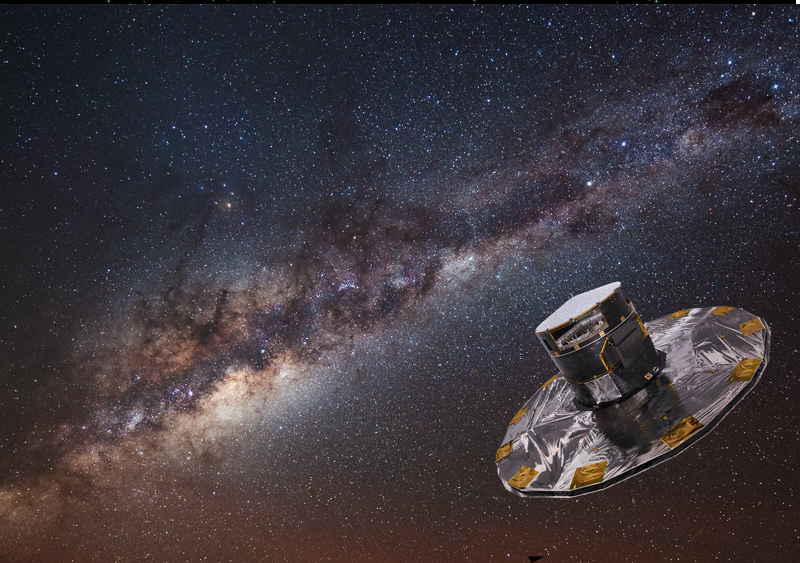 Gaia will be located at one of the five Lagrangian points in the Sun-Earth system, at the L2 point. The Lagrangian points in our solar system are points of gravitational balance where a body such as a spacecraft orbits around the Sun at the same rate as Earth, thereby remaining in a fixed position relative to the Earth-Sun line. Located 1.5 million kilometres from Earth, the L2 point is vital for astronomy observation missions, which require high pointing stability.

The objectives of this new ESA astronomy mission are ambitious: chart a 3D map of about a billion objects in our galaxy with a precision of 0.001 percent in order to better understand the mechanisms of galaxy formation.

Gaia should also enable scientists to have a more precise insight in the inner workings of the stars as well as to better assess the influence of dark matter. Accuracy being one of its main features, Gaia will also be on the hunt for exoplanets as well as measuring the bending of light rays due to gravitational effects.

With 40 million observations per day, the cumulative data flow after five years of operation, even after having been compressed by software, will fill the equivalent of more than 200.000 DVD. 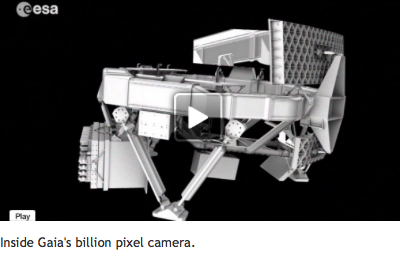 It is precisely to develop the management software of the Gaia Payload Data Handling Unit that SPACEBEL was selected and joined the industrial consortium under the leadership of Astrium Ltd in 2007. The Payload Data Handling Unit is a mass memory device storing the scientific data from seven video units before transferring them to the ground stations. An elaborate file management system allows flexible and efficient data transfer through virtual channels organized in the downlink.

Gaia’s primary objective is to survey a billion stars in our Galaxy and local galactic neighborhood in order to build the most precise 3D map of the Milky Way and answer questions about its origin and evolution. The mission’s secondary objectives reveal Gaia as the ultimate discovery machine. It is expected to find up to ten thousand planets beyond our Solar System and hundreds of thousands of asteroids and comets within it. The mission will also reveal tens of thousands of failed stars and supernovas, and will even test Einstein’s famous theory of General Relativity.