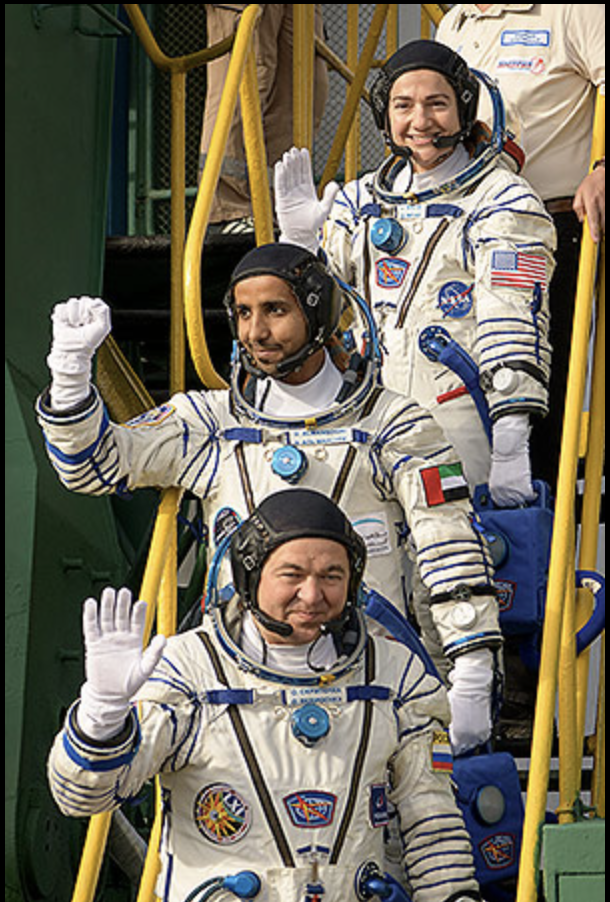 Soyuz MS-15 crew members Oleg Skripochka, Hazzaa AlMansoori and Jessica Meir wave from the base of their Soyuz-FG rocket prior to boarding the vehicle on September 25, 2019. (NASA/Bill Ingalls)

— The United Arab Emirates (UAE) has now become the 40th country in history to see one of its citizens fly into space with the launch of a crew bound for the International Space Station.

Hazzaa AlMansoori, a spaceflight participant flying under a contract between Russia's space agency and the UAE's Mohammed bin Rashid Space Centre (MBRSC), lifted off with cosmonaut Oleg Skripochka of Roscosmos and astronaut Jessica Meir of NASA on Wednesday (September 25). The three launched on board Russia's Soyuz MS-15 spacecraft at 9:57 a.m. EDT (1457 GMT or 6:57 p.m. local time) atop a Soyuz FG rocket from the Baikonur Cosmodrome in Kazakhstan. 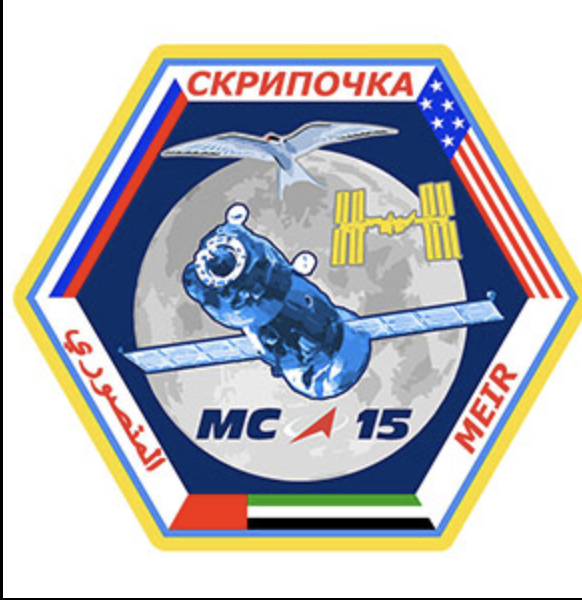 The flight marked the final scheduled use of Gagarin's Start, the launch pad where cosmonaut Yuri Gagarin lifted off on April 12, 1961 to become the first human to fly into space. Roscosmos officials have said that the historic pad, also known as Site 1, will be upgraded to support a more modern version of the Soyuz rocket, but when that work will be completed is presently unknown.

Nine minutes after leaving Gagarin's Start, Skripochka, Meir and AlMansoori entered Earth orbit to begin their journey to the International Space Station (ISS). Following a four-orbit rendezvous, the Soyuz is scheduled to dock to the station's Zvezda service module at 3:45 p.m. EDT (2045 GMT).

"It is a unique responsibility and a unique opportunity to bring aboard the station the first astronaut from the United Arab Emirates. Not that we're flying him; he's going to work as a full-fledged crew member of our crew," said Skripochka at a press conference on Tuesday. "But it does bring a certain level of attention to our crew. It is a historic event to say the least." 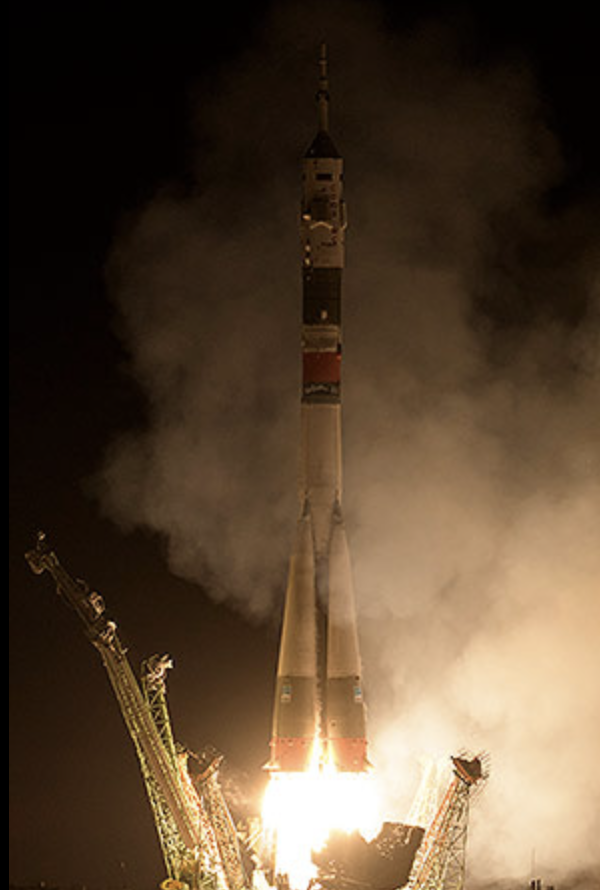 "It has been a very interesting dynamic, especially being part of this very historic mission with a first time for a country," said Meir. "It doesn't happen as often as it should these days, so it is really amazing and makes the experience even more interesting."

For Skripochka and Meir, their arrival will mark the start of a six-month mission, during which they will serve on the space station's Expedition 61 and 62 crews.

AlMansoori will spend only 8 days at the orbiting laboratory before he returns to Earth on board Soyuz MS-12 with Skvortsov and Hague. The three are scheduled to touch down on the steppe of Kazakhstan on October 3.

Skvortsov and Hague's departure, after more than 200 days on the space station, will mark an official end to Expedition 60 and the beginning of Expedition 61 under Parmitano's command.

As members of the station's resident crew, Skripochka and Meir will help conduct hundreds of experiments, perform maintenance to keep the complex operational and oversee the arrival and departure of visiting vehicles, including Japan's eighth H-II Transfer Vehicle (HTV-8), which launched on Tuesday and is set to arrive with supplies for the space station on Saturday (September 28).

The remainder of this informative article by Robert Pearlman can be read in collectSPACE.