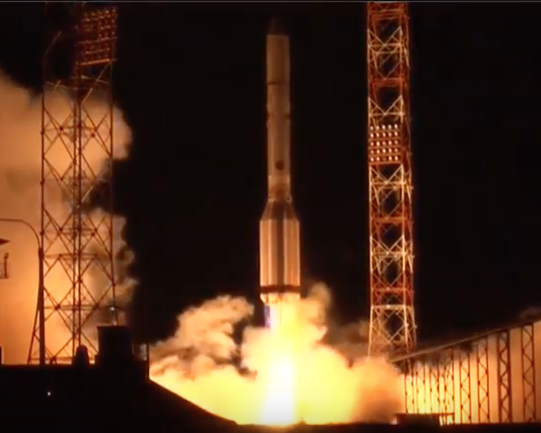 It was a go for International Launch Services launch of HISPASAT's Amazons 5 on Monday, September 11 at 22:23 Moscow time (19:23 GMT).

The ILS Proton launched from Pad 39 at 1:23 AM local time today (19:23 GMT, 15:23 PM ET on September 11) with the Amazonas 5 satellite. The first three stages of the Proton Breeze M utilized a standard ascent profile to place the orbital unit (Breeze M upper stage and the Amazonas 5 satellite) into a suborbital trajectory. Then, the Breeze M performed planned mission maneuvers to advance the orbital unit first to a nearly circular parking orbit, then to an intermediate orbit, followed by a transfer orbit, and finally to a geosynchronous transfer orbit. Separation of the Amazonas 5 satellite occurred at approximately 9 hours and 12 minutes after lift-off. 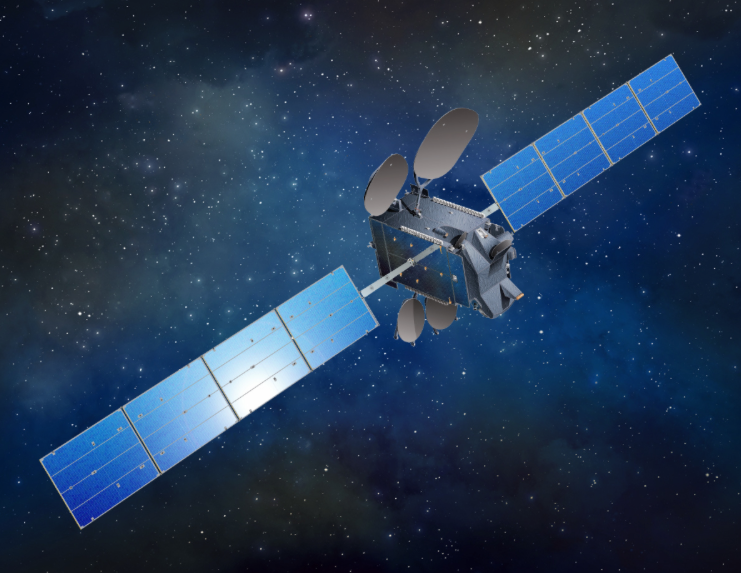 The Amazonas 5 satellite, built by SSL, has a high throughput Ka-band payload with 34 Ka-band spot beams which will be used for broadband service in South America, Central America and Mexico. It also has a Ku-band payload with 24 transponders for fixed satellite services for television, corporate networks and other telecommunications applications in South America and Central America. Amazonas 5, the 30th SSL satellite launched by ILS Proton, will be located at 61 degrees west and is built on the highly reliable SSL 1300 platform.

“It’s very rewarding to have launched Amazonas 5 for HISPASAT after the first launch of Amazonas many years ago. We thank HISPASAT, a true innovator in satellite communications services, for their continued confidence in ILS and the Proton launch vehicle,” said ILS President Kirk Pysher.

“The ILS Proton has proven to be a reliable launch vehicle for HISPASAT. Thank you to the ILS, Khrunichev, SSL and HISPASAT teams for their hard work and dedication,” said HISPASAT CEO Carlos Espinós Gómez. “The success of Amazonas 5 allows us to expand our television and Internet service in Latin America and it will ensure a clear path for growth of our business.”

This was the 415th launch for Proton since the inaugural flight in July 1965, and the 95th ILS Proton launch executed. The Proton Breeze M launch vehicle was developed and built by Khrunichev Space Center of Moscow.