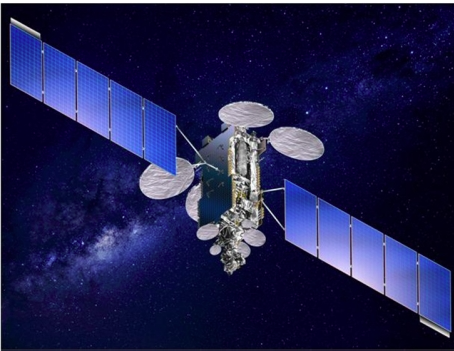 New year and new contracts for Arianespace for its clients, Intelsat and SKY Perfect JSAT, in which they will launch in 2018 and 2019 commercial television and broadband satellites to provide coverage over Japan, the Asia-Pacific, the Middle East, Europe and Africa.

On January 4, 2017 Satnews.com shared Arianespace's announcement regarding a launch service contract with SKY Perfect JSAT for JCSAT-17. It will be launched by an Ariane 5 rocket from the Guiana Space Center, French Guiana, in 2019 with the objective of hosting C-band, Ku-band and S-band communications payloads to broadcast television and video services and provide mobile communications services for disaster relief efforts.

The sat is built by Lockheed Martin based on the A2100 platform, JCSAT-17’s main coverage zone will be Eastern Asia, including Japan, whereby their aim is to maintain stable and high-quality satellite communications services.

After the signature, Stéphane Israël, Chairman and CEO of Arianespace said, "We are proud and honored to announce this new contract two weeks after the successful launch of our 19th satellite for SKY Perfect JSAT. This choice once again reflects the exceptional partnership of more than 25 years between Arianespace and the largest commercial satellite operator in Asia. Thanks to SKY Perfect JSAT for its trust, which is a clear recognition of the quality and the competitiveness of our launch services.”

The other contract Arianespace signed was for the Intelsat 39 satellite that will provide broadband networking and video distribution services in Africa, Europe, the Middle East, and Asia, as well as broadband connectivity for mobile users in the Indian Ocean region. It will replace the Intelsat 902 satellite, which was launched by Arianespace in 2001. Arianespace will launch Intelsat 39 aboard an Ariane 5 from the Guiana Space Center, Europe’s Spaceport in Kourou, French Guiana, in the second half of 2018.

Intelsat 39 will have both C-band and Ku-band transponders and will be located at the 62 degrees East longitude position. Of note, Intelsat 39 was selected by the government of Myanmar to support the rollout of cellular networks beyond urban centers, essential to achieving a digitally inclusive society. Intelsat 39 is based on the SSL 1300 platform.

“Arianespace has been launching Intelsat satellites since 1983, a very fruitful relationship of nearly 35 years,” said Ken Lee, Senior Vice President, Space Systems, Intelsat. “After two successful missions in 2016 that delivered the first two Intelsat EpicNG spacecraft, Intelsat 29e and Intelsat 33e, as well as Intelsat 36, into orbit, we look forward to continuing this partnership in 2017. We have the utmost confidence that Arianespace will also successfully execute the Intelsat 39 program.”

Arianespace Chairman and Chief Executive Officer Stéphane Israël said, “With 58 satellites launched for Intelsat over more than three decades, we enjoy an exceptional partnership with this leading operator. Arianespace began 2016 with a launch for Intelsat, and it is only appropriate that we start 2017 with a new launch contract with Intelsat. Thanks to Intelsat for its continuous trust: Arianespace will deliver!”