Earth observation satellite manufacturers from France, Israel, Japan, Russia, and the United States are vying to build a high-resolution imaging satellite for Vietnam, according to French online publication Intelligence Online. 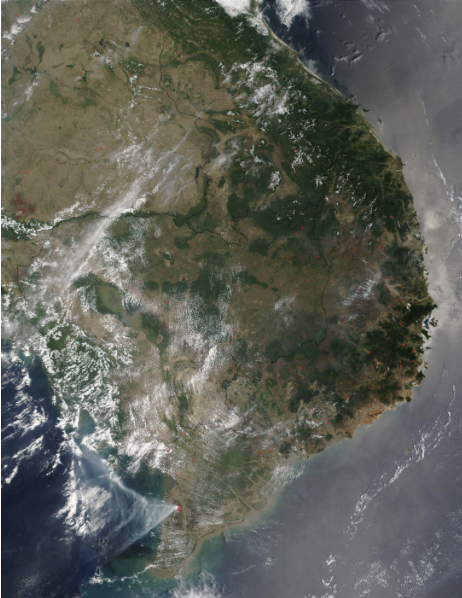 The Vietnamese government has reportedly allocated a budget of U.S.$1 billion over the next few years for the Earth observation programme.

French company Thales and its subsidiary Thales Alenia Space are running their bid for the project out of the regional office in Singapore and are believed to be in discussions with Vietnamese officials in Hanoi, although Intelligence Online reports that these talks have been held up due to a dispute on the French side.

Another French company, Airbus Defence and Space, is also competing to provide its proposed Earth observation satellite to Vietnam, with its sales and marketing director Guy Limouzin leading the charge in Hanoi.

Airbus Defence and Space and Thales Alenia Space have teamed up in the past to build high-resolution Earth observation satellites to countries like Morocco and the United Arab Emirates.

Other competitors for the bid include Israel Aerospace Industries (IAI) who have built the high-resolution Ofek reconnaissace satellites for the Israeli government and have dispatched Singapore-headquartered consultant Haya Meshel to Hanoi on their behalf.

Israeli defence and security firms such as Rafael and Elbit Systems are already well established in Vietnam, and IAI recently supplied Hanoi with three of its Heron-1 unmanned aerial vehicles.

From the United States, Lockheed Martin are in the race to supply Vietnam with its Earth observation satellite, and according to Intelligence Online, also have a team of consultants in Hanoi pitching to and lobbying government officials there.

Lockheed Martin are well known in Vietnam having built two communications satellites for Hanoi, VinaSat-1 in 2008 and VinaSat-2 in 2012.

Russia is also thought to be lobbying Vietnamese officials to build their imaging satellite, though it is not known at the time of reporting which entity or entities is representing the interests of Moscow.

Finally, Japanese companies are also vying for the Vietnamese contract using their longstanding trade and economic ties with Hanoi as leverage. Only recently it was announced that Japanese satellite manufacturer NEC signed a contract with the Vietnamese government to build the LotuSat-1 Earth observation satellite that is being paid for by Japanese international aid funds.