Constellations of nano-satellites can produce high-resolution images for less money, according to new research. The imaging techniques developed by scientists at Ben-Gurion University in Israel could also be used to improve the observations of ground-telescope arrays. 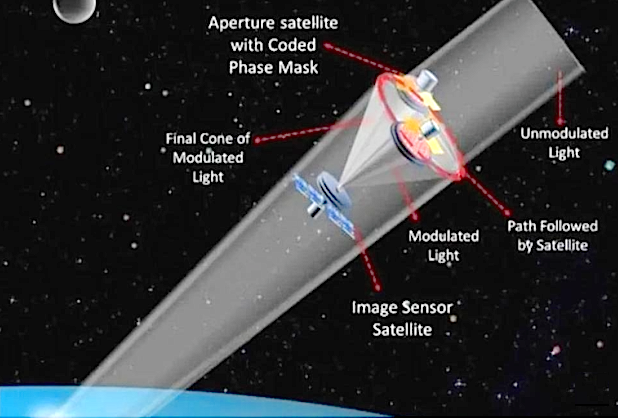 "This is an invention that completely changes the costs of space exploration, astronomy, aerial photography, and more," Angika Bulbul, a BGU Ph.D. candidate, said in a news release.

As revealed by the new study, published in the journal Optica, groups of small satellites the size of milk cartons, when arranged in a ring shape, can focus light onto another imaging satellite, producing images rivaling those captured by large telescopes and their full-frame, lens-based or concave mirror systems.

"Several previous assumptions about long-range photography were incorrect," Bulbul said. "We found that you only need a small part of a telescope lens to obtain quality images."

Researchers were able to capture high-resolution images using only a tiny fraction of a full lens on each nano-satellite model.

Researchers didn't launch any nano-satellites into space for their study. Instead, they build a miniature satellite constellation in their lab. The proof-of-concept tests showed the circular array of sub-apertures yielded image resolution on par with full lens imagery.

The technology could democratize space imagery, as nano-satellites are much cheaper to build and launch.

By Brooks Hays of UPI