Vandenberg Air Force Base won’t be the site of a SpaceX launch carrying an array of Argentine satellites into space next year.

Instead, SpaceX will launch the mission from Cape Canaveral, Florida, marking the first time a rocket has launched into polar orbit from the East Coast in decades.

The launch was originally expected to occur from Vandenberg Air Force Base near Lompoc, but has since been switched to the East Coast. It is unclear why the change was made.

Vandenberg has been the go-to for polar orbit launches — those that require a orbit around the Earth’s poles, versus the equator — for decades. The base is situated on a lip that juts out into the Pacific Ocean, allowing rockets to be launched over open water rather than over populated areas.

Conversely on the East Coast, most launches tend to send satellites out along the equator. Polar orbits have been avoided because they would have to fly over the populous areas to the north and south of the Cape.

The popular story is that the United States avoids launching polar orbits from Florida after debris from a failed 1960 Thor rocket fell on Cuba, killing a cow.

In 2017, U.S. Air Force Space Command and the 45th Space Wing, which is in charge of the Air Force’s space missions out of Florida, announced it now had polar launch capability. But no specific launches were scheduled to make use of the corridor at that time.

That’ll change with the SpaceX mission. 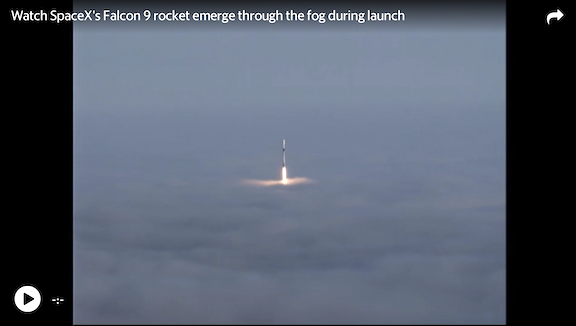 The launch will carry to space an Argentine Earth-observation satellite called SAOCOM 1B.

The SAOCOM system will operate with an Italian satellite system to measure soil moisture on Earth, which could help during emergencies like oil spills or floods, according to the website for the Comisión Nacional de Actividades Espaciales, Argentina’s national space program.

The first phase of SAOCOM was launched from Vandenberg in October 2018.

NASA Spaceflight.com, a website that covers space launches and missions, reported that the SAOCOM 1B mission is slated to occur no earlier than March 2020.

What Does This Mean For Vandenberg's Rocket Launches?

The rocket launch schedule at Vandenberg has been notably bare in recent months.

After a packed 2018, 2019 has seen only three rocket launches out of the Central Coast base. 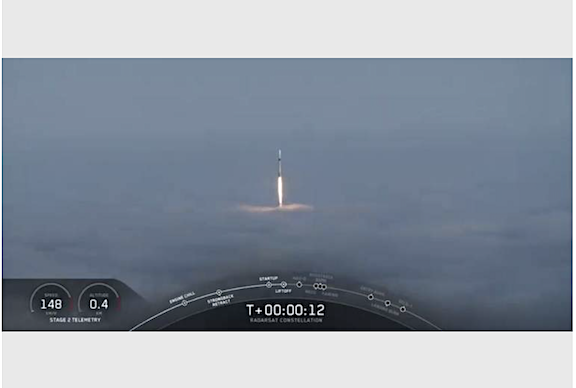 SpaceX’s Falcon 9 rocket right after it launched from Vandenberg Air Force Base in June. SCREENSHOT FROM SPACEX

With polar orbit now a possibility at the larger Florida launch facility, what does this mean for the future of launches at Vandenberg?

In an email to The Tribune on Tuesday, Mastalir wrote that Vandenberg is focused upon modernizing its range to meet an expected increased demand for commercial launches over the next decade.

“We are partners with the 45th Space Wing, not competitors,” he said, noting that the demand in the coming years for launches will require more than just one range.

“Vandenberg AFB will remain postured to provide robust, relevant and efficient range capabilities for our nation,” he said.

“It is our sincere hope that our counterparts at the Eastern Range are successful in their attempt to achieve polar orbit,” Mastalir added. “Redundant capabilities are vastly important for launch resiliency, and it will be to everyone’s benefit that the 45th Space Wing is successful in their mission as we collectively move to increase our capabilities in order to ensure space superiority.”