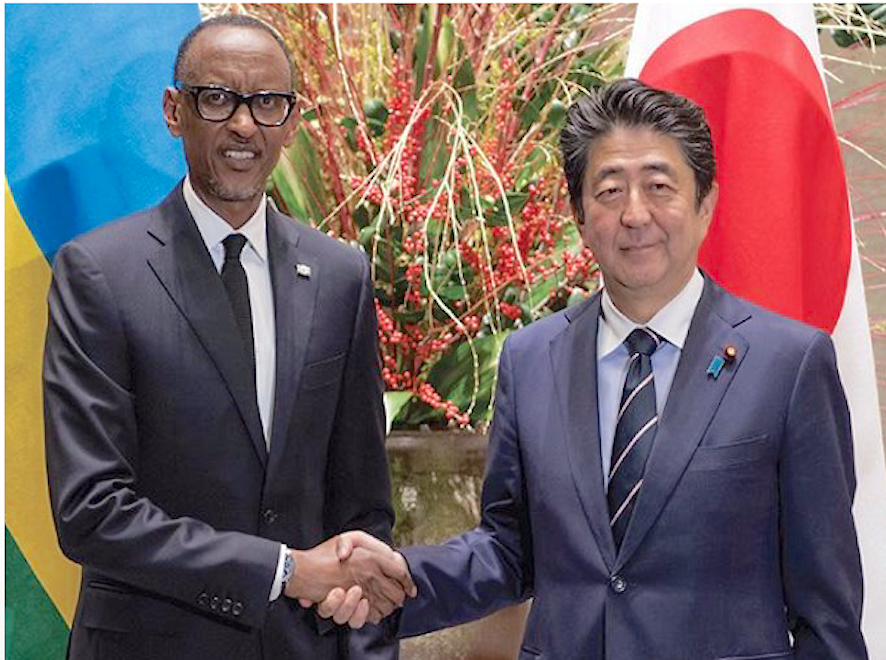 Two years ago in 2017, Rwanda announced for 2020, the launch in space of its first telecommunications satellite.

But it is finally this year that the telecom equipment will be propelled into orbit from the international space station, the Ecofin Agency reported.

Recently, the ambassador of Japan to Rwanda, Mr. Takayuki Mayishita announced that Rwanda would have its own Telecom satellite in 2019, earlier than its scheduled year of launch, in 2020.’

This is in line with the implementation of the agreement signed on May 9th, in 2018 between the Rwandan and the Japanese government on Space Inclusion in Africa. Six Young Rwandans are currently being trained in Japan ahead of the Launch. The areas mostly emphasized, are in the fabrication of local satellites specialized on the acquisition of Data on weather and which could further be extended as Earth Observations for purposes of Agriculture.

This partnership between the two governments is channelled and implemented in collaboration with the Japan International Cooperation Agency (JICA), and the Japan Space Agency (JAXA), an organization that is seeing to it that this race to space becomes a success. A model of the Rwandan satellite prototype was first displayed in May by the Japan-Rwanda team of experts during the 2018 Transform Africa Summit in Kigali, where 100 Japanese companies displayed cutting edge Satellite technologies.

The satellite is expected to be launched from the International Space Station(ISS) into the orbit before 2019’s transform Africa Summit which happens yearly in the Month of may in Rwanda since its launch(Summit’s Launch).

The launch of the satellite will see Rwanda join the list few countries in Africa that have placed the devices into orbit.

Edited by Neo Sesinye, from IT News Africa