Amid Worry Over Space Wars, America Already has Tools to Shoot Down Satellites


A hot topic during the Space Symposium at The Broadmoor this month was India’s anti-satellite test, which shocked some leaders and solidified arguments that space is quickly becoming the next war zone.

Acting Defense Secretary Patrick Shanahan embraced the theme in his speech that kicked of the symposium.

“The next war may be won or lost in space,” he said.

Russia and China, too, have anti-satellite technologies. They are including space in the future war plans. 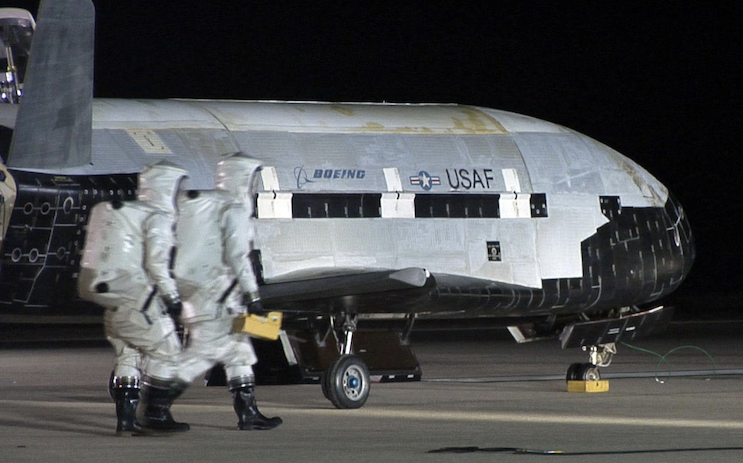 The race is on to reconfigure the American military’s leadership in space with the new U.S. Space Command at Peterson and Schriever Air Force bases.

Leaders from President Donald Trump on down have warned that America risks falling behind in a new orbiting version of the Cold War.

But what no one is talking about are the tools America already possesses to defend American satellites and to threaten enemy spacecraft.

America has a space arsenal that China and Russia could only dream about, although the U.S. has no declared anti- satellite weapons.

In response to a Chinese anti-satellite test, America showed off a piece of that arsenal, shooting down an aging National Reconnaissance Office spy satellite.

A single missile fired by a Navy cruiser destroyed the satellite during a 2008 test. And the Navy’s cruisers and destroyers typically carry the SM-3 missile, which is designed to intercept intercontinental ballistic missiles, but can also hit space.

If the Navy can take out satellites, it is also likely that the Army has a similar capability with its missile defense system that’s located in Alaska and controlled by the Colorado Springs-based 100th Missile Defense Brigade.

The ground-based missile defense system can take out enemy nuclear missiles at the edge of space and has proven more accurate than the Navy’s system.

In addition to taking out enemy satellites, the U.S. has systems that can determine what America’s rivals are doing on orbit.

From ground-based telescopes and radars to satellite systems used to spy on other satellites, no nation has a fuller picture of what’s going on in space.

America’s space troops also have the best satellites looking back at Earth, including missile-warning satellites that quickly spotted India’s anti-satellite test and allowed leaders to monitor it.

That means if the enemy attacks our satellites, we’ll instantly know who to blame.

There’s also a game-changing technology that the military doesn’t talk about.Air Force Space Command’s X-37B is a robotic, reusable space plane with ample thrusters to change orbits and a cargo bay loaded with classified payloads. It’s essentially a robotic, miniature version of the space shuttle, which was retired in 2011.

Those who remember the shuttle program remember its classified roots. The shuttle was frequently used for military missions, including delivery of satellites to orbit and the capture and recovery of others.

Being able to nab an enemy satellite in orbit and bring it back to Earth to learn its secrets would be the ultimate anti-satellite technology.

It’s a skill that America already has demonstrated, and something none of our rivals has achieved. While the Air Force won’t talk about what the X-37B carries to space, if it has a robotic arm, it could accomplish that mission.

That means Americans can rest easy.

Yes, rivalries in space are heating up and anti-satellite weapons are proliferating. But America has a clear, unquestionable lead.