[SatNews] The DF-31 system has an estimated range of nearly 10,000 kms, enough to deliver a nuclear warhead to the capitals of Europe or the west coast of the U.S.

China has test-fired an upgraded version of its 10,000-km range intercontinental ballistic missile which could reach most of the U.S. and European cities, days ahead of its National Day on October 1 to demonstrate its nuclear capability.

The first flight test of an upgraded mobile intercontinental ballistic missile in the lead-up to National Day aimed to show the world that China was reinforcing its nuclear deterrent, it quoted military experts as saying.

The DF-31B is an upgraded version of the DF-31A and the launch was at least the second time the PLA's Second Artillery Corps had tested a DF-31 missile in the past three months.

The DF-31 system has an estimated range of nearly 10,000 kms, enough to deliver a nuclear warhead to the capitals of Europe or the west coast of the U.S. The mobile missiles are designed specifically for travel over rugged terrain and in difficult road conditions. 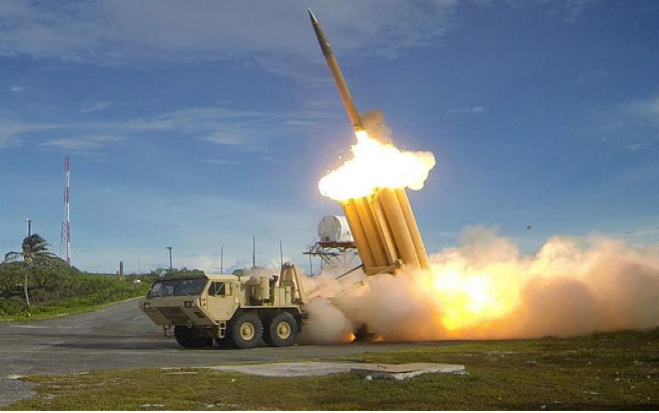 Xu Guangyu, a Beijing-based retired PLA major general said the strategic aim of the test is, "Beijing just wants to increase China's military might and its nuclear strategic threat. It's not really targeting the U.S. or other countries."

"China needs to conduct intensive weapons tests and military drills because the (U.S.-led build-up) now in the Asia-Pacific area is not good for Beijing," he told the Post.

Earlier state media reports said Beijing would roll out the Dongfeng-41, a system designed to have a range of 12,000 kms, allowing it to hit targets anywhere in the U.S.

Xu said the U.S.' ‘pivot to Asia’ and its plan to send 60 percent of its military force to the region by 2020 had put pressure on Beijing to step up missile development.

"It's normal for China to develop other, more advanced missiles given that a weapon cycle is between five and seven years, and the DF-31A was delivered to the PLA in 2006," he said.

Macau-based military expert Antony Wong Dong said it was hard to tell the difference between the DF-31A and DF-31B, but the upgraded version might have better performance.

"The DF-31A was designed to carry three warheads. I think the new DF-31B is possibly a multi-warhead version with higher accuracy," Wong said.

In January, PLA Daily posted 17 photos of a live drill of the DF-31A on its website, the first public glimpse of the advanced weapon.

The PLA also tested a hypersonic vehicle, the Wu-14, on August 7 in Shanxi. The launch failed despite a successful first test in January, the Post report said.