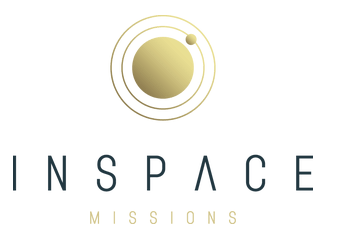 The British company In-Space Missions announces a full manifest for its first Faraday mission, in Q2 this year on an Electron rocket from New Zealand. The company provides access to space at an affordable entry price by launching multiple payloads on a single satellite.

The objective of providing turnkey, in-orbit demonstration services for payload providers is accomplished as the result of the company's team of industry veterans at In-Space Missions who provide the expertise to assemble, integrate, test, and operate the platform thereby enabling the payload providers to focus on developing their payload, business case, and downstream services.

Faraday-1 launches in Q2 this year on an Electron rocket from New Zealand and has a complement of five payloads that deliver the Faraday mission approach with plans to demonstrate, qualify and provide early service roll-out for commercial customers.

The payloads include those from Lacuna Space, the Space Environment Research Centre in Canberra, Canadensys Aerospace, and two confidential customers and will demonstrate a range of applications including IoT, on-orbit characterization of an adaptive optics corrected ground-based laser, 360-degree optical imaging, and RF spectrum monitoring.

Doug Liddle, In-Space CEO stated that Faraday-1 is a fabulous new proposition for the space sector as his company has now demonstrated that the business case for an international commercial IOD mission can be closed at a price that meets customers’ expectations and needs.  While this first Faraday satellite is a 6U cubesat, future Faradays will make use of a range of platforms to improve still further the economies of scale from multi-manifesting payloads while still meeting the time to orbit requirement.

In addition to the payloads noted above, Faraday-1 will also prototype the vision system and content processing for SpaceTime Enterprises (an In-Space joint venture providing real-time video from space) and de-risk key elements of the CubeScale product, a plug-and-play low cost scaling product that makes use of cubesat technology to deliver up to 100 kg sized satellites.

Tony Holt, CTO at In-Space added that at the core of the Faraday-1 satellite is the highly successful GOMX-4 bus from Gomspace. They integrate this bus, along with the payloads at In-Space’s facilities at BASE Bordon in the UK.  They are also making use of the expertise of Bright Ascension in building the space and ground software and they have a commercial, non-space, partner providing the user interface.

Ed Stevens, Director of Space Systems remarked that working together with payload providers from around the world, balancing their individual requirements with the platform capability, and launching a satellite in a short timescale is challenging but also exciting! It plays to the strengths and experience of the team at In-Space and they look forward to a very interesting year.

In-Space is now building the manifest for the second Faraday satellite which is planned to launch in 2020 and still has available capacity for payloads.