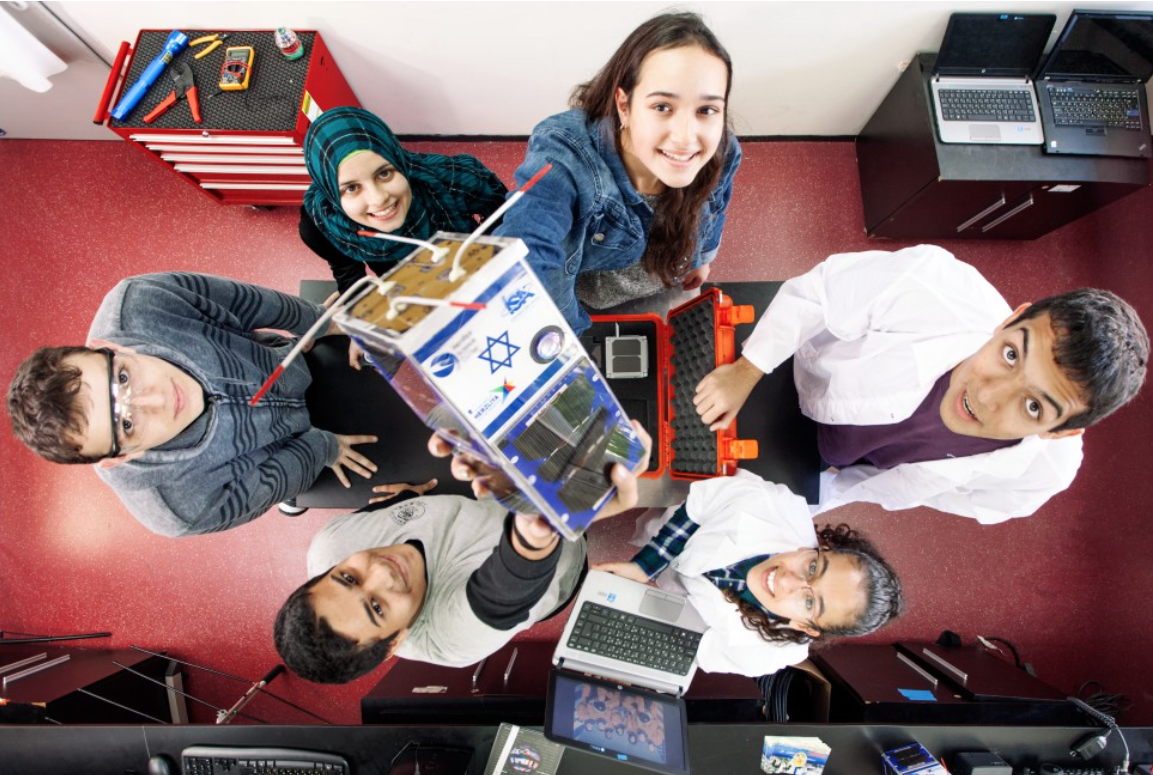 A nano-satellite built by Israeli high school students was launched to the International Space Station on April 18. Named for Israel’s national bird, the Duchifat-2 (in English, Hoopoe-2) nano-satellite was one of 28 student-built nano-satellites sent into space, to be released from the space station in about six weeks’ time.

More than 80 Israeli teenagers from around the country—in grades 9-12—came to Herzliya Science Center to help build the tiny 1.8 kilogram (4-pound) CubeSat satellite, a type of miniaturized satellite for space research.

It is the only QB50 nano-satellite constructed by high school students. The others were developed by college students.

The mini satellite is part of a larger project run by the European Union’s QB50 thermosphere research program. Teams from 21 countries built the nano-satellites “to perform first-class science in the largely unexplored lower thermosphere.”

One of the goals of the QB50 program is to enable space agencies to pursue on-site measurements in the lower thermosphere, which previously haven’t been done because the cost would be too high. A network of very low-cost CubeSats is hoped to make this possible for the first time.

“Nanosatellites enable space engineering and space research at costs that are affordable for academia. The reduced costs allow academia to assume a much more active role in the field, taking advantage of the innovation and initiative of researchers and students,” Prof. Dan Blumberg, Ben-Gurion University’s VP and Dean for R&D, said in February following the launch of BGUSAT, Israeli academia’s first nanosatellite.

Duchifat-2 is meant to operate for about one year, sending signals from outer space to the Herzliya Science Center, where the students will analyze the incoming data.

“Duchifat-2 is not only an educational venture that brings space closer to youth and lays the way for tomorrow’s generation; it is also an international research project,” Science Minister Ofir Akunis said. “This is Israeli pride for the future generation, and an opportunity to increase public awareness about space.”

Israel has built itself an impressive reputation as a developer of the latest satellite technologies.

The country holds prominence in the field of nano-satellites and micro-satellites. 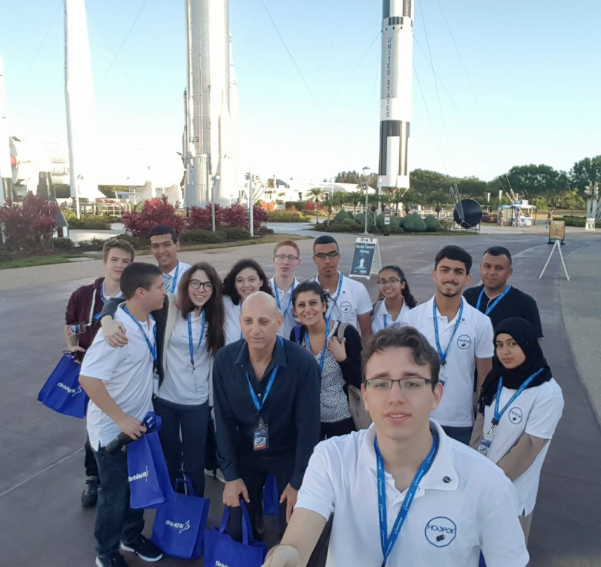 According to the Israel Space Agency (ISA), the country’s engineers and scientists are considered world leaders in “miniaturizing the technology and developing small, light satellites with high resolution, remote sensing and communication capabilities” as well as specializing in “the development of technologies for miniature satellites and methods for launching them.”

In 2014, Israel launched Duchifat-1, an experimental spacecraft developed and built at the Herzliya Science Center by secondary-school students. It is still in orbit.

Building the Duchifat-2 satellite, double the size of its predecessor, again gave project participants the chance to take part in the R&D processes, analyses, simulations, tests and even business development and public relations, involved in building a satellite.

Students from Israeli high schools in Herzliya, Ofakim, Yeruham, Ofra and Hura, a Bedouin town, worked on the mini satellite for two years. They were advised along the way by engineers from the ISA and Israel Aircraft Industries.

They worked in teams—with each team responsible for a different technical specification of the satellite — and were given access to a clean room, electronics lab and ground station.

Fourteen members of the Duchifat-2 team were in Florida earlier this week to watch their nano-satellite’s launch.

The Herzliya Science Center is now working on an even more ambitious national project that will include the planning, programming, construction and launch of 70 CubeSats by 70 high schools in Israel, to celebrate the 70th birthday of Israel in 2018.