Russia's Express AM8 Launches With A Spread Of Two Big Footprints 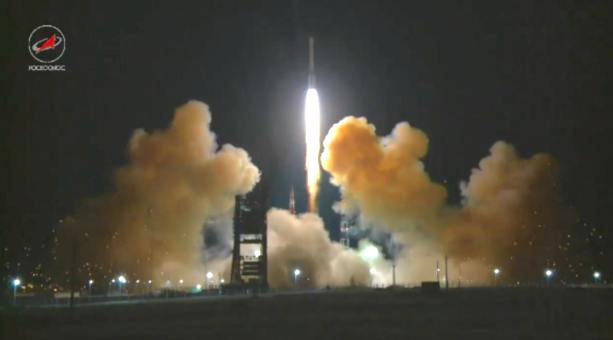 A Proton rocket lifted off at 1900 GMT (3 p.m. EDT) with the Express AM8 communications satellite. Credit: TsENKI/Roscosmos

[SatNews]  The Russian communications satellite Express AM8 was successfully launched by a Proton M launcher. This 2,100-kg satellite was built by ISS Reshetnev as prime contractor for RSCC (Russian Satellite Communications Company) and includes a 641-kg C-, Ku- and L-band payload designed and built by Thales Alenia Space. Based on the ISS Reshetnev Express 1000N platform, Express AM8 was assembled, integrated and tested at ISS Reshetnev’s plant in Zheleznogorsk, Russia. 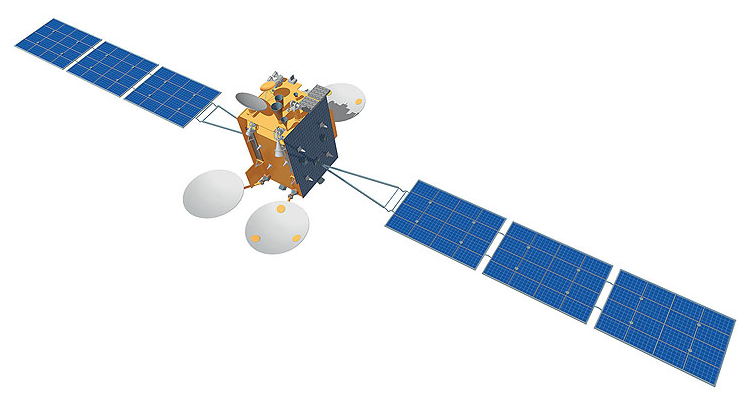 General architecture of the Ekspress-AM8 satellite, when deployed in orbit. Credit: ISS Reshetnev

Operated by RSCC from an orbital slot at 14 degrees West, Express AM8 will provide high quality fixed and mobile communication services, as well as broadcast services for digital television and radio, plus data transmission, high-speed Internet access and secure government communications. 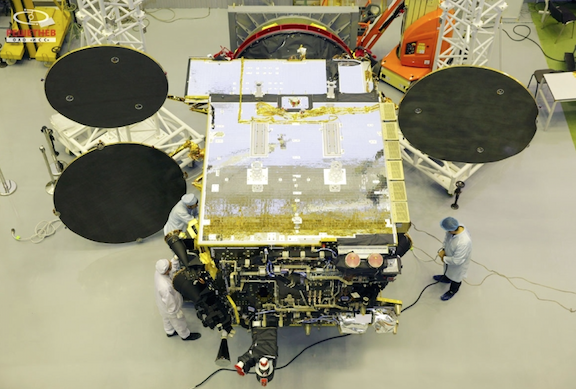 The successful cooperation between Russian space industry and Thales Alenia Space reaches back more than 20 years, starting with the SESAT program, which pioneered this East/West industrial collaboration. RSCC is a major customer for Thales Alenia Space which has provided payloads for a large number of its satellites: Express A1, A2, A3, A4 and A4R, Express AM11, AM22, AM33 and AM44, Express AM2 and AM3, Express AT1 and AT2 (on ISS platforms), as well as Express MD1 and MD2 (on Khrunichev platforms).

“This new success reflects our ability to work efficiently with our partners from the Russian space industry, especially RSCC and ISS Reshetnev,” said Jean-Loïc Galle, President and CEO of Thales Alenia Space. “We have demonstrated our adaptability in the frame of an international cooperation as well as during launch campaigns. Our partnership is now continuing through our joint venture, Universum Space Technologies, dedicated to the production of world-class equipment for payloads used in both domestic and export markets. Operating in eight European countries and aiding the development of space industries in several other countries around the world, Thales Alenia Space is the natural partner to support the development of national space programs in emerging countries.”