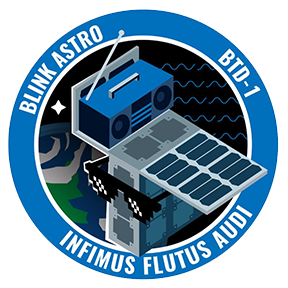 The launch occurred at 11:57pm EDT on March 31, 2019, from India's Satish Dhawan Space Centre. Preliminary communications have been established with the M6P host spacecraft.

The primary objective of the mission will be to demonstrate the reliability and quality of Blink's end-to-end device connectivity solution. There will be satellite provisioning conducted by NanoAvionics for the first several weeks of this mission. Upon completion of this provisioning, Blink® will conduct ground to space testing which will last several months thereafter.

Dr. John R. Olds, CEO of Blink® and Blink's parent organization, SpaceWorks Enterprises, Inc., said that the company's technical teams at SpaceWorks Orbital and Blink Astro are looking forward to getting to work on testing the firm's proprietary receiver hardware. The company is bullish on the space-based IoT market and  believe the low cost, highly efficient receiver technology and small spacecraft platforms will have a strong role to play in accelerating the growth of this global market.