Iran has Put its First Military Satellite into Orbit. Why now? 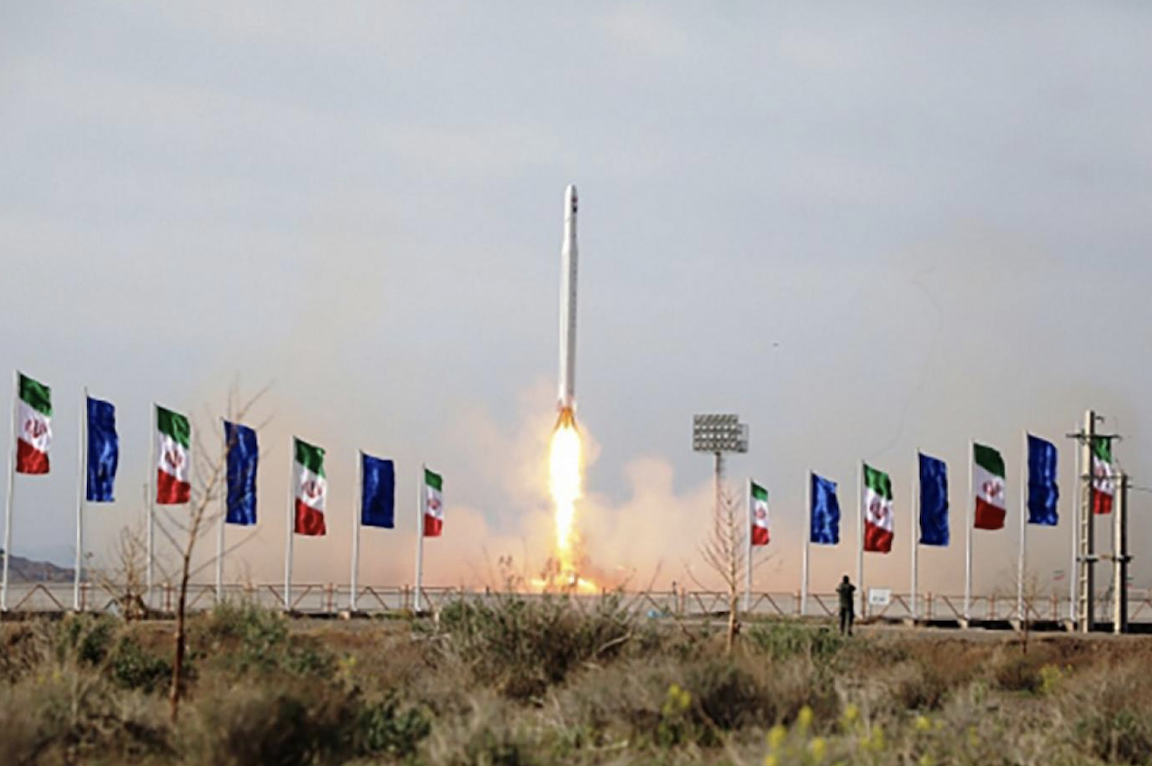 The homegrown satellite, dubbed Noor, was launched from the country’s central desert region. IRGC Commander Major General Hossein Salami called the launch a “strategic achievement”, while Tasnim News Agency described it as a “milestone” in the nation’s space industry.

Meanwhile, US Secretary of State Mike Pompeo strongly condemned the launch, arguing that Iran’s space programme was “neither peaceful nor entirely civilian”.

The rhetoric by both sides raises important questions. What is the military significance of Tehran’s space programme? Why has the IRGC decided to launch a military satellite now? And how should the United States respond?

In terms of the military significance, the Islamic Republic is one of a handful of nations with indigenous space-launching capabilities. In February 2009, Tehran successfully sent the Omid satellite into space.

In February 2015, it placed another satellite, Fajr, into low-earth orbit. And in July 2017, Iran launched into space its satellite-carrying rocket, Simorgh, capable of reaching a higher altitude and carrying a heavier load than earlier models.

This means that Iranian military leaders believe there is value in investing their limited financial resources in the country’s space programme. Yet, in recent years, the programme has suffered significant setbacks, including failures to put satellites into orbit, (Payam and Doosti in 2019 and Zafar-1 this year), a launchpad explosion, and a separate fire at Imam Khomeini Space Center last year.

In February 2019, media reports suggested that the US had an active programme to sabotage Iran’s space capabilities. According to these reports, this explained the astonishingly high rate (67 percent) of orbital launch failures in Iran, compared with a five percent rate worldwide. The US government never confirmed the allegations.

US military and political officials have claimed that Iran would use the experience it gained in launching satellites to develop ballistic missiles. Intercontinental ballistic missile technology has been developed since the Second World War, and there have been several examples of states converting these missiles into satellite launch vehicles, but never vice versa.

Still, it is certain that the recent successful launch has added value to Iran’s missile and military capabilities.

So why now? 2020 will go down as one of the worst years in the short history of the Islamic Republic. The year started with the assassination of General Qassem Soleimani, followed by the tragic downing of a Ukrainian airplane, for which the IRGC took responsibility.

Then came the coronavirus pandemic and the collapse of oil prices. All these crises have had a significant impact on Iran, which recently requested a $5bn emergency loan from the International Monetary Fund to fight Covid-19. Several European countries and former US officials backed Iran’s request, but the Trump administration rejected it, doubling down on its “maximum pressure” strategy.

Smelling victory, senior officials seem to believe that the Islamic Republic’s days are numbered. Against this backdrop, the satellite launch makes sense. Tehran wants to send a clear message that despite recent setbacks, the regime is strong and making progress in its quest for military power and advanced technology.

Furthermore, the IRGC, which has taken the lead in fighting Covid-19, is claiming credit for the nation’s successful launch of its first military satellite. This means that the hardliners within Iran’s military and political establishment are consolidating their power.

How should the US respond? Despite severe economic sanctions and expensive arms deals with US regional allies, the regime in Tehran is not about to collapse. Rather, it seems in control and getting stronger.

Furthermore, there is no credible replacement. Iran’s legitimate security concerns, along with those of other regional powers, need to be recognised. Iran will keep building its military capabilities as long as its leaders perceive their country as being threatened by the US and its regional allies.

Instead of engaging in an expensive and destabilising arms race, the US and regional powers - supported by Europe, Russia and China - should negotiate a new security architecture under which all states would promote economic and political cooperation.

The coronavirus pandemic serves as a reminder that regional cooperation is essential to overcome natural and manmade disasters.

The views expressed in this article belong to the author and do not necessarily reflect the editorial policy of Middle East Eye.