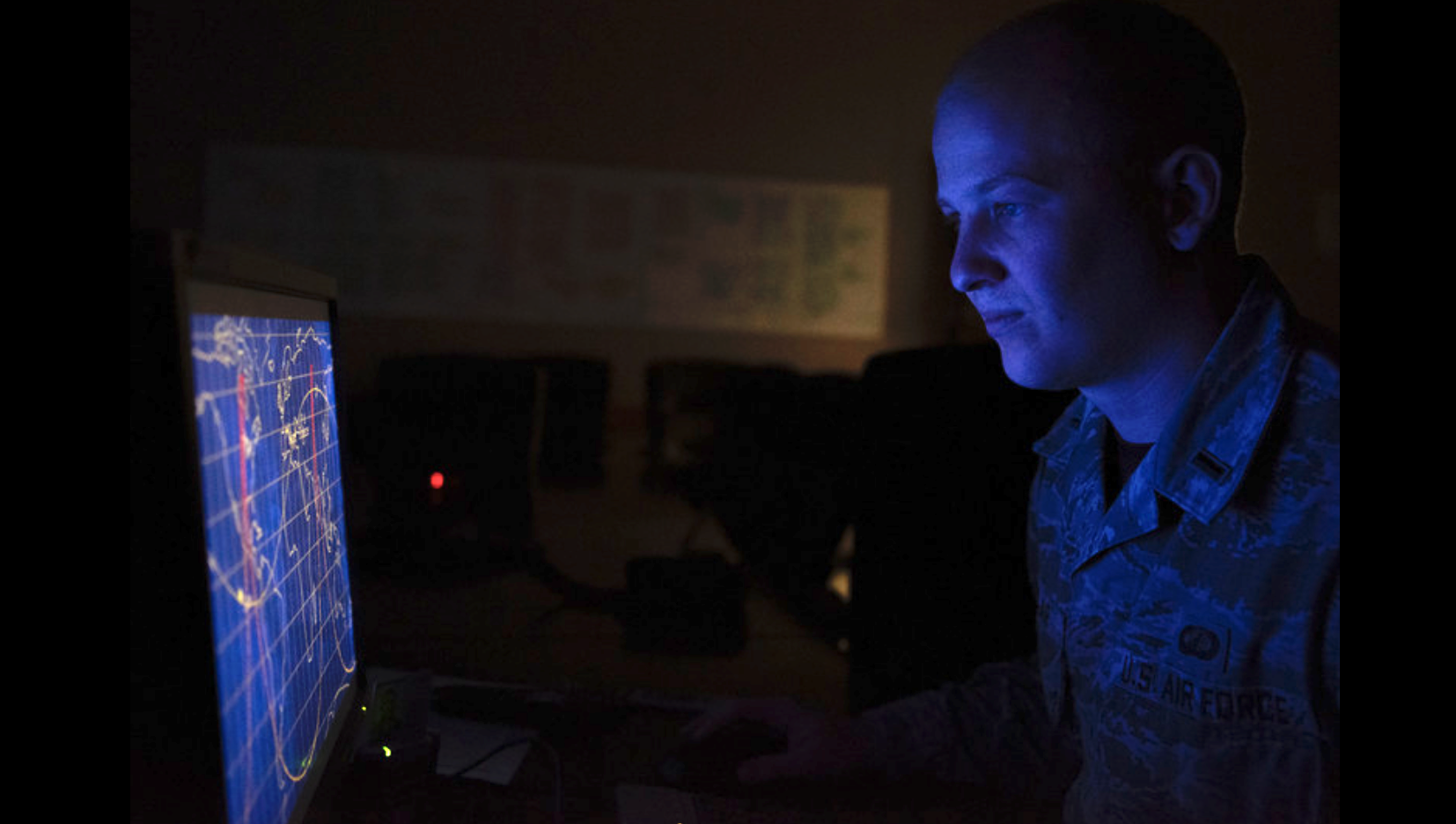 A satellite in a geosynchronous orbit sits above Earth’s equator and follows the direction of the of it, meaning the satellite appears to sit above the same place on Earth.

“[The 4th SOPS] has satellites that orbit Earth once per day, this is the geo-orbit and is where most of our satellites sit,” he said.

Podlogar said EPS sits in the Molniya orbit, a more highly inclined orbit that enables satellites to provide better coverage for the northern part of the Earth.

“Sitting in the geo-belts is great but you only really get the middle part of the earth, so users who are above 65 degrees don’t receive the same signal strength,” he said, “EPS is about giving those guys [above 65 degrees latitude] secure communications.”

Podlogar said the two EPS satellites “sling,” a term used to explain the satellites orbit, around Earth at different times to provide constant coverage in the Arctic Circle.

“There are plenty of users in the northern part of the Earth,” he said. “There [are] submarines, naval carriers and other Department of Defense personnel we provide secured, protected, anti-jamming communications for.”

“EPS protects us against our adversaries,” he said. “If we want to place assets near the Arctic Circle, we need to make sure our information is protected and there’s no stopping or intercepting our communications, this helps promote the safety of our mission.”

“Staying at the forefront of space not only keeps our citizens safe but can also provide that peace of mind our citizens deserve,” he said.

“I’m proud to accept command of the EPS satellite constellation,” he said. “The 4th SOPS is a family and I cannot think of a better family to incorporate EPS into.”

The 4th SOPS provides worldwide, secure, survivable strategic and tactical communication during times of peace and conflict for warfighters.

“This is an amazing accomplishment and shows how our squadron has been able to adapt and overcome the many obstacles presented by space,” he said. “Our operators work tirelessly around the clock to ensure the United States maintains space superiority.”

The five satellite programs the 4th SOPS commands and controls are:

“EPS only increases the United States dominance in space, nuclear deterrence capabilities and our already elite capability to stay coordinated and quickly react to any threats that may occur,” he said.

Podlogar said this event required extensive effort behind the scenes.

“We didn’t just throw a satellite up there and it was good to go,” he said. “We had to put [the satellite] in space, see if it integrated with our systems and ensure we had the infrastructure and training to handle it.”

The 4th SOPS has been running tests on EPS for more than a year and has had time to train its warfighters for the now fully operational satellite.

“Our military and its capabilities continue to grow and the 4th SOPS stays mission ready 24/7 to evolve our space warfighting superiority,” Podlogar said.