[SatNews] ...next-generation programmable receiver equipment, allows in-orbit test, demonstration, and qualification of a product that will be used on future missions and also sold to third parties.

Hosted payload missions play a critical role in the development of new aerospace technologies. Surrey’s Orbital Test Bed (OTB) satellite helps fulfill that role by providing aerospace organizations with a low-risk way to test new subsystems and payload technologies on an operational low-Earth orbit mission, while also sharing the cost of development and launch. The ride share concept behind OTB is a cost-effective way to quickly space-qualify new equipment and generate in-orbit data.

Surrey's Orbital Test Bed
After working with a wide range of potential users, Surrey has finalized the OTB flight manifest. The satellite will carry demonstration payloads for a range of commercial, government, and academic organizations into orbit on the SpaceX Falcon Heavy. Owned and operated by Surrey Satellite Technology US LLC, the OTB satellite is based on the CFESat modular design developed by the Surrey group for the Los Alamos National Laboratory using the flight-proven SSTL-150 satellite bus.

NASA’s Space Technology Mission Directorate added a big name in the aerospace industry to the OTB manifest. It selected Surrey to fly its Deep Space Atomic Clock (DSAC), a miniaturized, ultra-precise mercury-ion atomic clock that is orders of magnitude more stable than current space-based navigation clocks. Being developed by the California Institute of Technology’s (Caltech’s) Jet Propulsion Laboratory (JPL), DSAC will demonstrate the precise timing and navigation capabilities that will be required for NASA’s pursuit of deep space exploration. 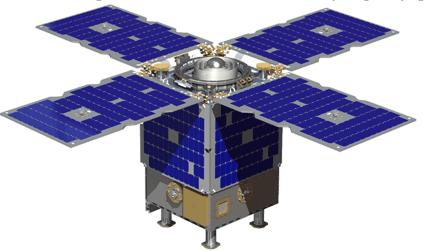 In addition to DSAC, OTB will carry a Surrey payload suite comprised of the Electronics Test Bed, the FlexRX receiver, and the RadMon sensor. Developed by Surrey University in the UK, the Electronics Test Bed will evaluate and demonstrate a range of new electronic components, processors, and memory devices, enabling in-orbit heritage to be gained on components that may be incorporated into future designs.
The addition of FlexRX, Surrey’s next-generation programmable receiver equipment, allows in-orbit test, demonstration, and qualification of a product that will be used on future missions and also sold to third parties. The final element of the suite is the RadMon—the latest-generation radiation effects monitor that will collect data on the radiation environment in space for correlation with other OTB sensors and for applications in future Surrey missions. 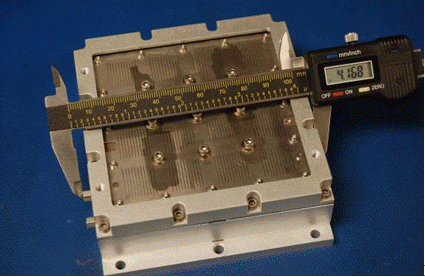 Working on behalf of the U.S. Air Force Research Laboratory in Albuquerque, Vanguard Space Technologies has developed the Modular Solar Array (MSA) to demonstrate flight readiness of a standardized modular approach to solar panels. These modules can be quickly replaced during final satellite testing prior to launch so as not to delay the mission if problems arise during satellite integration.

The company will also be working with the cadets of the U.S. Air Force Academy in Colorado Springs just down the highway from Surrey's spacecraft integration facility. They have developed the Integrated Miniaturized Electrostatic Analyzer (iMESA-R), a sensor that will sample the space environment to find plasma irregularities that may forecast outages in space weather models.

In addition to these above payloads, OTB will test a Terminator Tape Deorbit Module—a device developed by Tethers Unlimited Inc. of Bothell, Washington, that is designed to deorbit the OTB satellite at the end of its planned mission. Incorporated into the satellite power system are solar cells designed by EMCORE Corp. of Albuquerque that are more efficient than those flown on previous Surrey missions.

During the course of finalizing the OTB manifest, Surrey engaged in discussions with several other organizations whose test instruments need a lift into space, and based on significant demand, they are in the process of finalizing the details of a follow-on mission with a launch targeted for the second quarter of 2016.