[SatNews]  A turnkey solution comprising of Real Time System (RTS) based on GMV hifly® product and Flight Dynamics System (FDS) based on GMV focusgeo® product is included in the agreement. 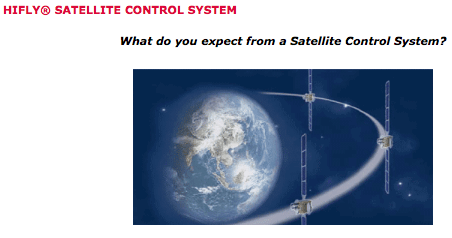 GMV has been awarded a contract by ARABSAT to provide a complete Satellite Control Center (SCC) for its existing and upcoming fleet of satellites. ARABSAT has been using a heterogeneous SCC solution for the past ten years to operate its satellite fleet but has recently decided to establish a more direct and long partnership with a specialized SCC vendor and move to a homogenous, flexible and robust system that enables seamless operations of various satellite platforms with an increased level of operational reliability.

“This partnership with GMV further highlights ARABSAT’s drive to remain a global leader in Telecom satellite operations,” said ARABSAT President and CEO Khalid Balkheyour. “The GMV solution will increase reliability of our monitoring and control operations through system homogeneity and automation. It will also enable us to better optimize our operations and engineering resources in order to deliver the best service to our customers.”

The agreement also calls for all auxiliary and support applications that incorporate ARABSAT’s existing fleet of six satellites with the option to include two more satellites before the end of 2014; provisions for addition of more satellites from different known platforms in the long term is also included in the agreement.

“This new contract award will help forge an even closer partnership between GMV and ARABSAT,” said GMV Aerospace General Manager Jorge Potti, “a relationship that now dates right back to ten years ago and will consolidate our leadership worldwide as Ground Systems supplier for commercial telecommunications operators.”

ARABSAT carries over 500 TV channels, 200 radio stations, two Pay-TV networks and a wide variety of HD channels reaching tens of millions of homes in more than 80 countries across the Middle East, Africa and Europe—including an audience of over 170 million viewers in the Middle East and North Africa (MENA) region alone tuned into ARABSAT’s video “hotspot” at 26 degrees East.