A First ...Hispasat 36W-1 Satellite to Use Active Ku-Band Antennas

The launch is scheduled in just one day, January 27th, and this will be a real first for the Hispasat 36W-1 (AG1) as it will be the first satellite to use active Ku-band antennas to supply multimedia services with 20 transponders in Ku-band and three in Ka-band to Europe as well as the Canary Islands and South America.

As the provider of the satellite’s antenna system, Airbus Defence and Space in Spain supplied a total of three classic antenna reflectors and the first multibeamactive antenna for commercial satellite communications in Europe.

Carbon fiber reflector technology without paint was used for the first time in the manufacture of the deployable antennas, allowing for mass and cost savings plus a slight increase in the amount of data transmitted. This is the result of an innovative use of carbon fiber materials with high thermal control efficiency that permit the development of new solutions through the intelligent use of advanced materials.

These antennas incorporate the high performance motorized Antenna Deployment and Pointing Mechanism (ADPM) developed by Airbus Defence and Space. This mechanism allows, for the first time, the delivery of a complete antenna system that includes deployable reflector, hold-down and release mechanisms, as well as the deployment mechanisms. 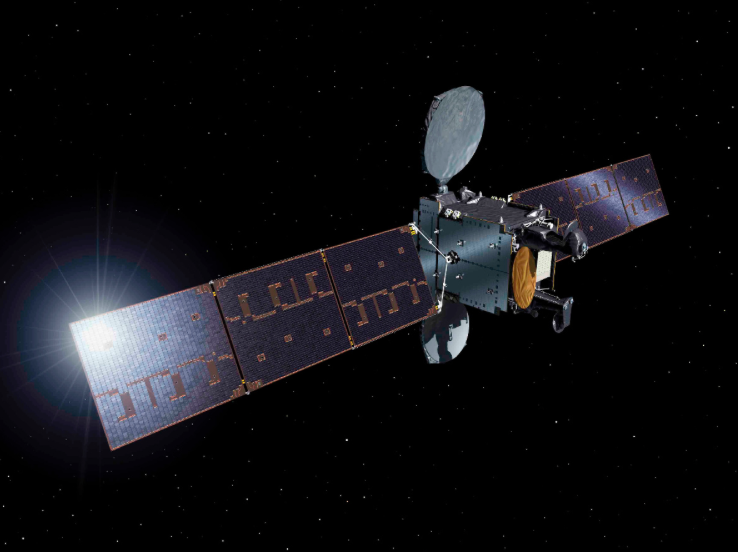 The Hispasat 36W-1 (HISPASAT AG1) constitutes the first mission of the SmallGEO platform, developed by OHB System AG (Germany) with the European Space Agency and HISPASAT. It includes the innovative RedSAT regenerative payload, which allows HISPASAT to use the satellites power in a more agile and efficient manner, substantially increasing its transmission capacity with the subsequent reduction in the cost of communications. The Hispasat 36W-1, which will be launched in 2017, will have up to 20 transponders onboard in Ku-band and up to 3 in Ka-band, aside from an innovative active antenna of reconfigurable beams.

The antenna’s flexibility allows the generation of variable width spots including commutable beams (beam hopping). These capabilities can be implemented on each beam either independently or simultaneously. The operator can reconfigure the radio frequency beams over the coverage zone, permitting an unprecedented flexibility in multimedia and broadcasting services over South America, Europe and the Canary Islands.

The capacity to mitigate possible interferences intended or not, is generating new specific products such as GEO localisation of those interferences. These innovations will be incorporated into the next generation of active antennas.

The project was developed over four years with an industrial structure in which Airbus Defence and Space in Spain led a group of almost a dozen European subcontractor companies to build this advanced subsystem as part of the Payload from TESAT-Spacecom. The group included a large number of Spanish companies such as TECNOBIT (Grupo Oesía), Indra, IberEspacio, Arquimea, Elatesa, Rymsa, ALTER, TTI Norte and CTI.

Antenna conception and manufacture is one of the Airbus Defence and Space’s strengths in Spain. DRA/ELSA builds on previous developments like the In-orbit Reconfigurable Multibeam Antenna (IRMA) antenna on board SpainSAT for military secured communications, and the active antenna for Gaia that transmits large amounts of data as the spacecraft maps a billion stars. Both these systems are operating nominally in orbit today.

This technology is constantly evolving, and Airbus Defence and Space is already preparing the future generation antennas within the Quantum satellite program.