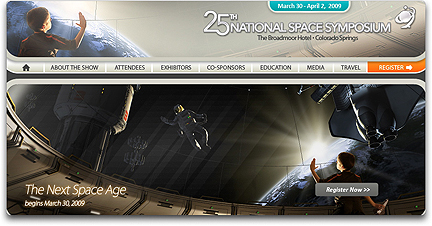 Next week at the 25th National Space Symposium in Colorado Springs, Colorado, China's Shenzhou 7 Manned Space Flight Team, which packed a number of "firsts" for the Chinese space program into a single mission, will receive the 2009 Space Achievement Award. This honor will take place during the opening ceremony of the National Space Symposium.

A delegation from China led by Dr. Zhou Jianping, chief designer of the China Manned Space Program, and including Taikonaut Zhai Zhigang will accept the award. In addition, Dr. Zhou will participate in the symposium's International Space Agencies Look to The Next Space Age panel discussion on April 2 where he will discuss China's current and future plans for manned space flight.

"The Shenzhou 7 mission was a significant leap ahead for China's space program," said Elliot Pulham, chief executive officer of the Space Foundation. "In only its third manned mission, China achieved a half-dozen landmark accomplishments, including the flight of a three-person crew, an impressive first space walk and capabilities for orbital rendezvous and docking. The Shenzhou 7 Mission demonstrated both modern technical capability and the good old-fashioned spirit of exploration." 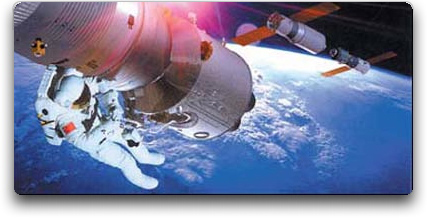 Launched September 25, 2008, Shenzhou 7 was China's third manned mission and first three-man mission. Taikonaut Zhai performed a 20-minute spacewalk, making China only the third nation to independently carry out a spacewalk. The crew conducted a number of experiments, including releasing a miniaturized satellite that took photos and videos near the spacecraft, maneuvered to about 120 miles away and then returned to orbit the spacecraft after the return module had separated and re-entered the atmosphere. A virtual image of an astronaut spacewalking outside the Shenzhou VII spaceship. (Photo: Chinadaily.com) 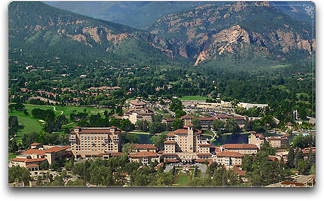 The Space Foundation's 25th National Space Symposium, a major annual gathering of the global space community, brings together all sectors of space; civil, commercial, national security, new space entrepreneurship, and finance, to highlight accomplishments and address opportunities and issues facing the global space community today. Themed The Next Space Age, this year's program looks at major shifts in the economies, philosophies, and mechanics of the global space industry. It is being held March 30 - April 2 at The Broadmoor Hotel in Colorado Springs. 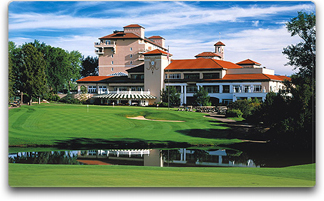 The symposium offers workshops, forums, panels and presentations covering all aspects of space, a number of special dinners and luncheons and presentation of several prestigious space-related awards, including the Space Achievement Award. The symposium also includes extensive programs for selected teachers and students, a Space Career Fair, and the Boeing Exhibit Centers representing more than 140 organizations and companies. More than 7,500 registrants, guests, speakers, exhibitors, and media representatives from around the world are expected to attend.

Founded in 1983, the Space Foundation is an international nonprofit organization advancing space-related endeavors to inspire, enable, and propel humanity. A leader in space awareness activities, major industry events, and educational enterprises that bring space into the classroom, the Space Foundation is headquartered in Colorado Springs, Colorado. It conducts research and analysis and government affairs activities from its Washington, D.C., office and has field representatives in Houston, Texas, and Cape Canaveral, Florida. In addition to the 25th National Space Symposium, the Space Foundation, along with partnering organizations, will also conduct Space Business Forum: New York on June 4, 2009, in New York, New York, and an event with the United States Strategic Command this fall in Omaha, Nebraska.