EchoStar must be relieved to learn that the wait is almost over after a year of delays for International Launch Services (ILS), the commercial arm of Russia’s Proton rocket system, to launch the much-awaited EchoStar XXI.

EchoStar XXI, an S-band craft, was officially needed on station last year in compliance with its EU-issued licence to operate. The satellite is an  and will be operated by Dublin-based EchoStar Mobile and is designed to supply connectivity to mobile and cellular devices across Europe. It is set to be placed at 10.25 degrees East. 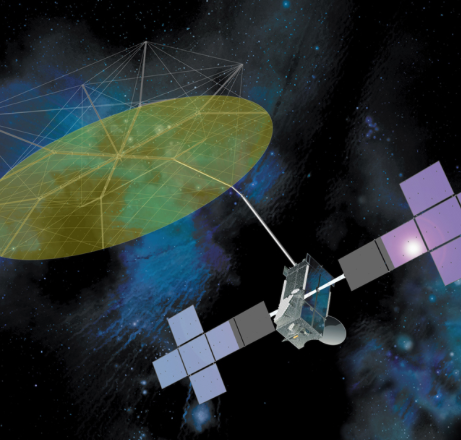 EchoStar XXI is large at 6900 kgs and the critical giant reflector must be unfurled for the orbiting system to work, is scheduled to lift off at 06:45 Moscow time on June 8, 2017 (11:45 PM ET, June 7). The Breeze M upper stage will deliver the spacecraft to the intended orbit. Now the processing of the EchoStar XXI spacecraft, manufactured by SSL for the leading global satellite operator EchoStar Corporation (USA), has begun at Baikonur spaceport.

The Proton launch of EchoStar XXI satellite was contracted through International Launch Services Inc. (ILS), a US-Russian subsidiary of Khrunichev.

EchoStar Mobile acquired Solaris Mobile in January 2014. Solaris was a joint-venture established in 2008 and owned by SES of Luxembourg and Eutelsat of Paris. Echostar then used Space System/Loral to build the satellite, which according to a press statement,  “to build upon the groundwork laid by Solaris Mobile by most immediately bringing with us access to a next-generation MSS [mobile satellite service] satellite which will support a wide range of innovative services across the European Union.”

Ascent Unit joint operations to integrate the spacecraft, adapter system, upper stage and the payload fairing have been conducted at the Payload Processing Facility (bldg. 92-A50) as planned. Ascent Unit roll out to Hall 111 is scheduled for June 1 and Breeze M fueling for June 4.

Khrunichev Space Center (KhSC) (part of the ROSCOSMOS State Corporation) designs and manufactures the Proton system, Breeze M upper stage and the Angara family of vehicles. The Proton vehicle family has a heritage of 412 missions since 1965. KhSC includes among its branches several key manufacturers of launch vehicle and spacecraft components in Moscow and in other cities of the Russian Federation. KhSC is a majority owner of International Launch Services, Inc. (ILS) headquartered in Reston, Virginia (USA). ILS has exclusive rights to market and operate Proton vehicles for commercial customers.