Purdue University is celebrating its 150th anniversary. As part of the festivities a team in the School of Aeronautics and Astronautics has initiated a plan to deorbit old satellites and spacecraft. The following is an article released from their news service. 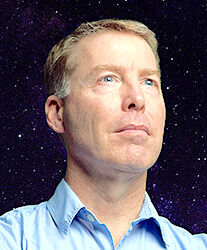 More than 22,000 objects floating in space are currently being tracked by the U.S. Air Force. That number is expected to double within five years, due in large part to increased global demand for satellite internet services and private companies launching of more space objects to meet that demand.

So, what happens to those floating satellites and other space objects when they have outlived their usefulness? They need to deorbit and reenter Earth’s atmosphere. Though the chances are extremely low of the space objects crashing to Earth and causing injury or damage, there is still a slight risk of that happening.

Now, a Purdue University renowned space exploration expert is trying to make sure those objects have a smoother and safer time upon reentry. He is turning to sailing technology to help do it.

David Spencer, a Purdue alumnus and associate professor in Purdue’s School of Aeronautics and Astronautics, is leading a team to develop a sail system to deorbit old satellites and spacecraft.

“We are developing drag sail technology,” said Spencer, who worked for 17 years at NASA before joining the Purdue faculty. “These sails would launch attached to the satellites or launch vehicle upper stages and then deploy at the end of the mission to slow down the objects, remove some energy and help them to deorbit safely.”

Spencer’s team is working to put their technology into space in 2020 attached to small satellites called CubeSats. They are currently testing a prototype of the system as they work toward that goal.

“Packaging the sail material and deployment booms into a half-liter volume is the primary challenge that we have addressed.” Spencer said. “We are working toward launch in 2020, as we continue to position Purdue as a leader in space technology.”

His team’s work aligns with Purdue's Giant Leaps celebration, celebrating the university’s global advancements in space exploration as part of Purdue’s 150th anniversary. This is one of the four themes of the yearlong celebration’s Ideas Festival, designed to showcase Purdue as an intellectual center solving real-world issues.

The Purdue Research Foundation Office of Technology Commercialization has filed a provisional patent on the innovation, and the office has signed a licensing option for the drag sail technology with Spencer’s company, Vestigo Aerospace LLC.