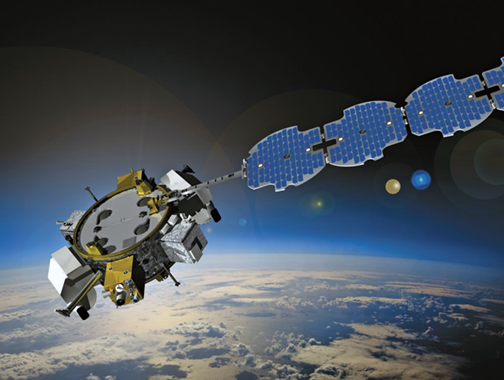 Artistic rendition of the AFRL's Eagle satellite. Image is courtesy of Northrop Grumman.

This effort will be a rendezvous between the experimental Mycroft satellite and a second experimental AFRL satellite called the Small Satellite Space Surveillance System, or S5. The S5, launched on February 22, 2019, is a smallsat designed to test affordable smallsat Space Situational Awareness (SSA) constellation technologies.

AFRL has experienced communication challenges with the S5 satellite and has had no communication with S5 since March 2019. Operators confirm that the spacecraft is alive and maintaining solar power by tracking the sun, but without communications, S5 cannot perform its experiments. 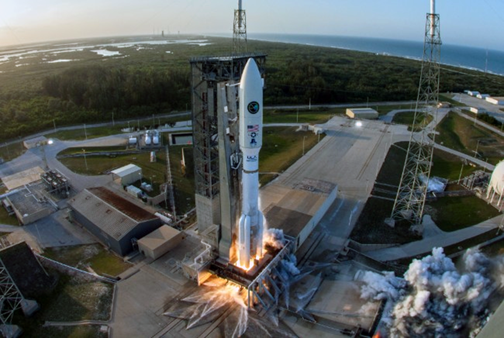 Mycroft is an AFRL-developed smallsat that was launched with the EAGLE (ESPA Augmented Geostationary Laboratory Experiment) satellite on April 14, 2018. Mycroft separated from EAGLE and drifted about 35 kilometers away before transiting carefully back to within a few kilometers of EAGLE. It has performed SSA and satellite inspection experiments over the past 18 months.

The Mycroft experiment is aimed at improving autonomous rendezvous and proximity operations, or RPO, SSA, satellite inspection and characterization, and autonomous navigation technologies.

Mycroft satellite operators will initiate a series of maneuvers to rendezvous with S5 near 6 degrees East longitude at GEO to support anomaly resolution efforts. EAGLE will also maneuver into the vicinity of the RPO to observe the inspection from a safe distance.

Mycroft will inspect the S5 satellite and provide operators with verification of the fully-deployed solar array and of the sun pointing orientation. Mycroft will then examine the exterior of the S5 spacecraft to search for damaged components such as the solar array and antennas.

The Mycroft-S5 RPO will occur in stages over a period of several weeks, demonstrating the utility of inspection and characterization capabilities in a real-world satellite recovery. AFRL is planning to transition operations to Air Force Space Command later this year.