[SatNews]  Iridium Communications Inc. (Nasdaq:IRDM) today announced it has successfully completed the Compact Antenna Test Range (CATR) testing for Iridium NEXT satellites. The CATR testing is the simultaneous full power antenna testing of the main mission antenna, the feeder link antenna and the crosslink antennas in a radiated environment. It is the first time that a complete Iridium NEXT payload has been powered on, both L-band and Ka-band, and concurrently demonstrates and verifies the simultaneous operation of the Iridium satellite communications capability and the Aireon(SM) ADS-B receiver hosted payload functionality. The CATR testing is a key milestone in ensuring full satellite functionality in preparation for network deployment. 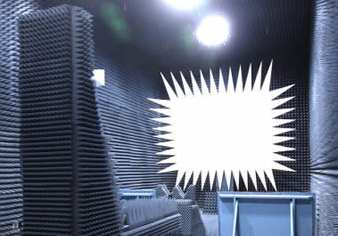 "The CATR testing ensures satellite functionality and communication with the payload," said Scott Smith, chief operating officer, Iridium.
"The testing was very successful, which brings us a crucial step closer to launch."

The Iridium NEXT satellite network will consist of 66 in-orbit satellites, and a number of in-orbit spares, and cover 100 percent of the globe. It will dramatically enhance Iridium's ability to meet the rapidly-expanding demand for truly global mobile communications on land, at sea and in the skies. The constellation is expected to begin launching in 2015 and, when fully operational, will offer higher bandwidth and data speeds to customers.

The network will host the mission payload for Aireon, the first truly global aircraft tracking and surveillance capability, extending ADS-B
coverage and benefits to every flight path across the planet. It will also serve as a platform for the company's Iridium PRIME(SM) offering,
a turnkey solution for hosted payloads which will offer all elements of a successful hosted payload mission, at an estimated cost savings of 50
percent or more compared to current standalone solutions. In addition, the Iridium NEXT network will enable the recently announced Iridium
Certus(SM) broadband service, which will deliver versatile, enterprise-grade, reliable communications and support a portfolio of
partner products with a broad range of data speeds eventually as high as 1.4 megabits per second for a single user terminal.