Taiwanese authorities say the island’s new Formosat satellites will soon be transported to the US by China Airlines, the island’s flag carrier. This could happen after the Lunar New Year break in February, with the satellites then being launched into service aboard SpaceX’s Falcon Heavy rocket from Kennedy Space Center in Florida in the second quarter of 2019. 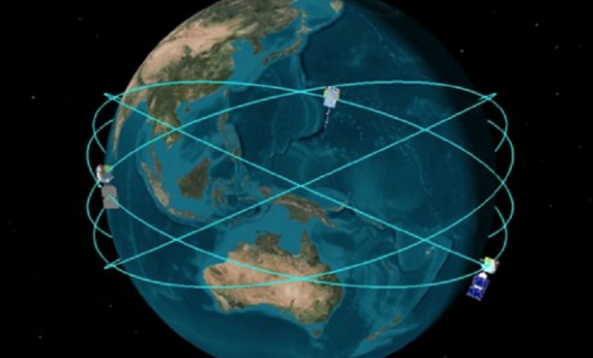 A computer-generated rendering of the Formosat-7 constellation.
Photo: Handout

The Formosat-7, the latest generation of the series, is jointly developed by the island’s National Space Organization and the US National Oceanic and Atmospheric Administration following an agreement signed in 2010.

It originally had 13 micro satellites in two groups, but the two sides agreed to scale back to the six-microsatellite formation due to budget constraints. Launch dates have already been postponed a number of times.

The previous launch was slated for April 2018, but was delayed after Space X notified Taiwan that it would require more time to test its rocket “to guarantee a prefect mission”.

Its precursor, the Formosat-3, is the world’s first satellite network that collects weather data through radio occultation techniques.

Comprised of six micro satellites, the new NT$3.2 billion (US$104 million) seventh-generation constellation is designed to collect weather data and is equipped with state-of-the-art instruments and equipment to collect meteorological and ionospheric data. It is touted as employing the “most accurate and stable thermometers in space”.

The Formosat-7 system will also improve climate observation, in particular in predicting typhoon paths and torrential rains, and Taiwan’s government has stressed that the new satellites would serve no military purpose.

But Chinese media including the Global Times have hinted that with ultra-sensitive lens and remote sensing devices, the new satellites could pose a threat to the mainland’s national security and act as an eye for Taiwan and the US to spy on PLA deployments in Fujian province, which borders the Taiwan Strait.