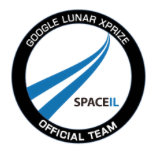 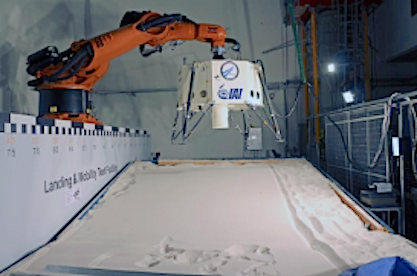 Even though Google's Lunar X Prize competition expires on Saturday, March 31, and even though there is no winner, Israel's nonprofit SpaceIL CEO Dr. Ido Anteby said, “We are moving forward with the project, regardless of the terms or status of the Google Lunar X Prize, SpaceIL and Israel Aerospace Industries are committed to landing the first Israeli spacecraft on the moon, and we plan to launch before the end of this year.”

Despite the Google deadline passing SpaceIL, is continuing ahead with the mission of landing an unmanned module on the moon, with plans to launch on a SpaceX Falcon 9 via Spaceflight industries in the fourth quarter of 2018, with or without the contest’s $20 million prize purse.

To date there are only three world superpowers that possess the massive resources to have been able to achieve controlled lunar landings, which are the United States, Russia, and China 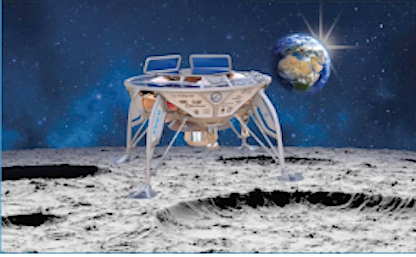 “Our mission was never about winning the prize money — although $20 million would have been nice,” said Anteby. “It’s about showing the next generation that anything is possible — that even our small country can push the limits of imagination. The impact of our spacecraft’s launch and its historic weekslong journey to land on the moon will resonate for years to come, and we hope to inspire new forays into science, technology, and space exploration.” (All photos on the right are courtesy of SpaceIL)

The stipulation for winning the prize is no easy task. To win the $20 million grand prize, a privately funded team had to have been the first to successfully place a spacecraft on the moon’s surface, travel 500 meters on the moon, and transmit high-definition video and images back to Earth — all before the competition’s deadline, March 31, 2018. SpaceIL was Israel’s entry in the Google Lunar X Prize Moon Race, started in 2007 to inspire innovators from around the world to develop low-cost methods of robotic space exploration.

SpaceIL was the first of 16 competitors to sign a launch contract, with Spaceflight Industries, which will launch the Israeli craft as a secondary payload on a SpaceX Falcon 9. Since then, SpaceIL has become a national project for Israel to reach the moon and to inspire younger people to dream big. It hopes to spark an “Apollo effect” in Israel that will encourage the next generation to study science, technology, engineering, and mathematics — and secure Israel’s future. The nonprofit is already telling its story to 500,000 children nationwide through a volunteer network.