Loctronix® Catches Jammers In the Wild + Right Around The Corner...Webinar To The Rescue

[SatNews]   Their use or even possession in the U.S. is illegal; however, they can still be purchased for as little as $30.

Loctronix® Corporation, a provider of positioning, navigation, and timing (PNT) solutions for GNSS-challenged environments, announced today its white paper, “Catching a Jammer,” presenting preliminary test results of the innovative Interference Detection System™ (IDS), which included capturing two separate incidents of intentional interference caused by a sweep jammer device.  On October 23, Loctronix will also host a webinar, “Detecting GNSS Interference in the Wild,” based on the findings revealed in the whitepaper. 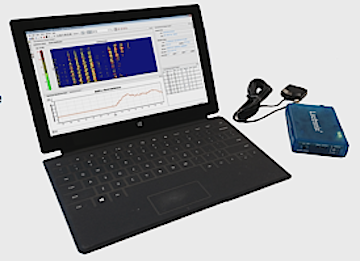 The growing reliance on Global Positioning System (GPS) navigation and timing within critical infrastructure has created a vulnerability resulting from interference, either intentional or unintentional.  The GPS is used extensively in the critical infrastructure of the United States and much of the industrial world.  It is an essential element in 15 sectors designated by the U.S. Department of Homeland Security including: banking, communications, the power grid, emergency services, and aviation.

Unintentional interference, such as a faulty cable connection emitting spurious radiation in the GPS spectrum, can often prevent a receiver from producing a navigation solution. Intentional interference, jammers, is designed to prevent a GPS receiver from acquiring and tracking signals altogether.  Their use or even possession in the U.S. is illegal; however, they can still be purchased for as little as $30.  Thousands of GPS jammers are purportedly in use throughout Europe and several parties have been caught illegally jamming GPS in the U.S.

Loctronix developed the IDS to identify, characterize, and ultimately geolocate GPS interference. When interference is present, the system analyzes the interference for signal structure and notifies operators if the threat is significant.

The IDS is highly portable, simple to use, and cost-effective.  The system is based upon the Loctronix ASR-2300 software defined radio platform making it readily configurable (from a single mobile detector to a multi-sensor network array) so as to monitor additional GNSS bands and potentially cellular bands.

In recent tests, the IDS ran continuously for 24 hours monitoring for potential interference originating from traffic on a nearby highway, SR-522, passing through Woodinville, Washington.

“In a single day, the IDS detected two separate instances of a sweep jammer moving along the highway,” noted Loctronix Founder and CEO Michael Mathews.  “These discoveries were unexpected, given the relatively short monitoring period and the fact that SR-522 is not a heavy truck-route.”

The white paper can be downloaded in its entirety from Loctronix at www.loctronix.com/news/whitepapers/CatchingJammerRequest.aspx.

Loctronix provides position sensor approaches for GNSS-challenged environments where traditional methods alone are not enough.  With a focus on embedded applications that require high performance with minimum size, weight and power characteristics, the company’s leading-edge solutions range from indoor and underground positioning to outdoor and space navigation, covering all points in between.  For more information about Loctronix Corporation, e-mail info@loctronix.com or visit www.loctronix.com.