Global Eagle Entertainment announced two days ago the partnership with Gilat that enabled them to achieve the first time an in-flight aircraft has communicated at broadband speeds with a Low-Earth Orbit (LEO) satellite system, and now there's another company that is being recognized ... Telesat.

The testing aboard Global Eagle’s ‘Albatross One’ test aircraft near Telesat headquarters in Ottawa, Canada began on October 18th, 2018.

This test marked the first time an in-flight aircraft has communicated at broadband speeds with a Low-Earth Orbit (LEO) satellite system, demonstrating the capabilities of LEO for mobility customers and how a new, low-cost satellite network can revolutionize the way airline and maritime passengers enjoy high-speed connectivity and content. Telesat’s Phase 1 LEO satellite was launched earlier this year with Telesat and Global Eagle agreeing to collaborate on LEO system development, testing and marketing.

During inflight testing, the team successfully demonstrated industry-leading data upload speeds from the aircraft, engaged in uninterrupted video chatting and movie streaming, and experienced the lowest latency of any satellite connection to date.

Testing demonstrates how a global LEO constellation of satellites that includes polar regions not covered today, coupled with scalable capacity at broadband speeds and the lowest latency of any satellite solution can change the market dynamics in aviation and maritime.

Among the test highlights, Global Eagle and Telesat: 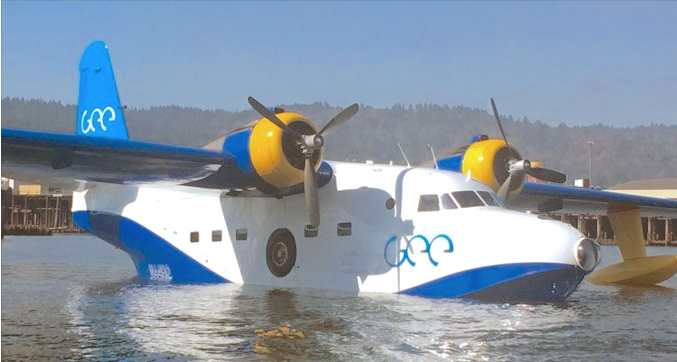 Telesat is developing an advanced LEO constellation with plans for a global network scaling to nearly 300 satellites. Further, the Telesat LEO constellation has highly agile spot beams which focus capacity into high-demand areas such as airports and will deliver an order of magnitude greater broadband capacity than current systems. Telesat has contracted with two teams, Airbus and a joint team of Thales Alenia Space with Maxar’s SSL and MDA, to design the system. Telesat plans to award a manufacturing contract to one of the teams in 2019 and is targeting 2022 for start of commercial LEO service.

Per Norén, Global Eagle Executive VP and Chief Commercial Officer said that it is all-systems go for revolutionizing the passenger experience and changing the cost structure for airlines and maritime markets. This is an incredible milestone that shows how low-cost, low-latency and high-bandwidth systems will allow our customers in aviation and maritime to enjoy a better overall broadband experience on board.

Erwin Hudson, Vice President, Telesat LEO commented that Telesat is very pleased to be collaborating with innovative companies like Global Eagle who recognize the potential of Telesat’s LEO system to transform global communications. Combining global spectrum rights in Ka-band with Telesat’s proprietary LEO architecture, their companies’ systems will satisfy many of the world’s most challenging communications requirements, including the ability to provide high performing, cost effective fiber quality connectivity to millions of airline and maritime passengers worldwide.

Norén concluded that they would like to thank all the teammates who were part of this historic test, including Telesat, ground link provider Gilat, Ka-band antenna supplier Qest and the many Global Eagle engineers and test staff who worked to make this test successful.