A unique tool is available for amateur UHF satellites that determines if the satellite is responsive even if it isn't within the operator's antenna transmission range. 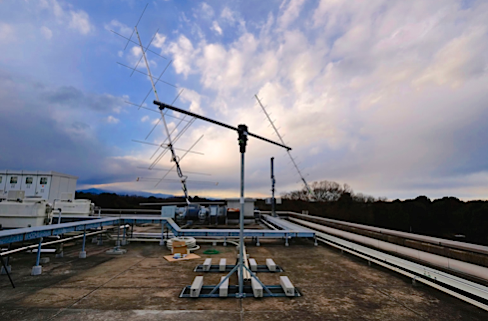 In order to help minimize early stage satellite mission failures, Infostellar has released a web-based LEOP (Launch and Early Orbit phase) support tool for amateur UHF satellites called StellarStation Amateur. This service will provide invaluable updates to operators soon after launch, allowing them to know if their satellite is responsive even if it is not immediately within the operator’s antenna transmission range. Amateur band satellite operators can create accounts and use the service during LEOP.

Once logged into the StellarStation Amateur platform, users can track amateur band satellites and download telemetry data, a service that is particularly useful during LEOP. In these early stages of operation, up-to-date satellite information can be the difference between mission success and failure, and a great number of satellite launch failures occur during this phase. This is why Infostellar seeks to target mission needs during LEOP with StellarStation Amateur.

CEO Naomi Kurahara commented that while the full StellarStation platform is still undergoing testing, they chose to release an open service aimed at amateur UHF satellite operators first. Hundreds of academic and non-commercial UHF satellite launches are planned for this year, and those satellites will make up the foundation of future satellite business. They wanted to create a service to support those operators as soon as possible.

StellarStation, a cloud-based satellite antenna sharing platform, allows antenna owners to share their unused transmission time and access antennas all around the world for their own satellite operations. To facilitate this process, the platform also processes up and downlinked data.

During beta testing and upon public release, StellarStation will first provide support to both amateur and commercial UHF band satellites, with support for S-, X-, and Ka-bands to follow.