Most will never know all that is necessary to plan a launch, and then add to that the challenge of managing and being responsible for the launch of 64 satellites, a record breaking event to be sure, but that's exactly what Spaceflight did. 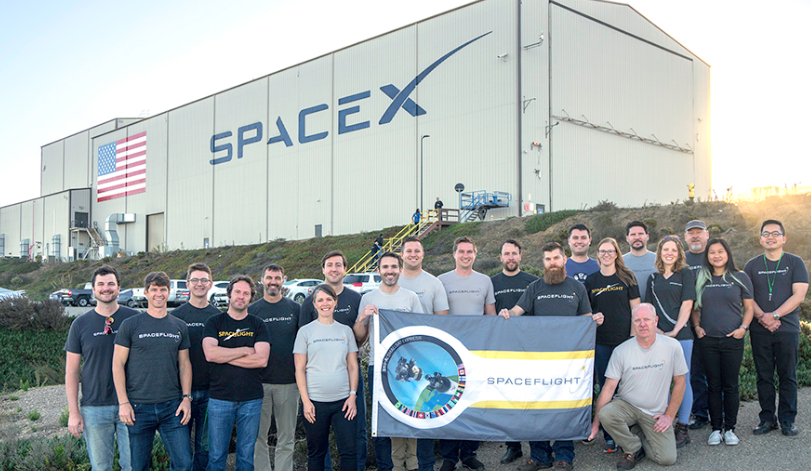 Spaceflight, the leading rideshare and mission management provider, today announced the success of its SSO-A: SmallSat Express mission, the largest single rideshare mission from a U.S.-based launch vehicle to date. The company successfully launched 64 spacecraft to sun-synchronous low Earth orbit via a SpaceX Falcon 9 that launched today from Vandenberg Air Force Base.

“This was an incredibly complex mission, and I’m extremely proud of what our talented team at Spaceflight has achieved,” said Curt Blake, president of Spaceflight. “SSO-A is a major milestone for Spaceflight and the industry. We’ve always been committed to making space more accessible through rideshare. This mission enabled 34 organizations from 17 different countries to place spacecraft on orbit. It’s also special because it was completely dedicated to smallsats.”

Spaceflight launched 15 MicroSats and 49 CubeSats from government and commercial entities including universities, startups, and even a middle school. The payloads vary from technology demonstrations and imaging satellites to educational research endeavors.

One research payload includes the University of North Carolina Wilmington’s cubesat, SeaHawk-1 carrying the HawkEye Ocean Color Imager. UNCW has been funded by the Gordon and Betty Moore Foundation, and NASA serves in an advisory capacity to ensure the maximum scientific utility of the science data. NASA’s Science Mission Directorate and UNCW have created a partnership to expand accessibility to the data.

“We are thrilled to have SeaHawk-1 on orbit and to be part of such a historic launch superbly executed by Spaceflight,” said Professor John Morrison, SeaHawk’s co-project manager and lead principal investigator. “SeaHawk will make ocean observations at significantly higher spatial resolution and at much lower costs than standard satellite systems. Since the data collected will be publicly available, our hope is that it will benefit not only researchers, but policymakers and others to make informed decisions when addressing issues related to the environment.”

To accommodate the large number of payloads, Spaceflight built an integrated payload stack that was nearly 20 feet tall. Once the launch vehicle reached orbit, the upper and lower free flyers separated from the vehicle. The free flyers then successfully deployed all spacecraft, dispensing one payload every five minutes over five hours.

“This launch was an impressive undertaking and an important milestone for the smallsat industry as well as for many of the organizations involved,” said Payam Banazadeh, founder and CEO of Capella Space Corporation. “Capella’s first satellite is now on orbit and we are one step closer to our goal of providing timely, reliable, and frequent information using Synthetic Aperture Radar technology.”

With the success of SSO-A, Spaceflight has now launched more than 210 satellites since its founding in 2011. In addition, the company is contracted to launch nearly 100 satellites in 2019. Among the upcoming launches is Spaceflight’s next dedicated rideshare mission, which will occur in 2019 on a Rocket Lab Electron.