SpaceX And The Mystery Of The Explosion... May Include Sabotage 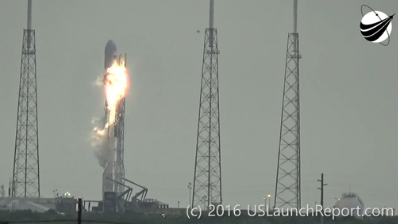 The explosion of the SpaceX Dragon and the destruction of the Amos-6 satellite at Cape Canaveral AFS on September 1st.

A real page turner if this was a suspense novel, but it's real life and real companies—and real interesting. The subject is the SpaceX explosion on the launch pad in Cape Canaveral of its Falcon 9 rocket on September 1. The terrible loss of the payload, Israel's Amos-6 satellite, and the service for Facebook’s Internet.org and a new Eutelsat subsidiary focusing on African businesses.

Elon Musk, SpaceX's founder and chief executive, has called the failure "the most difficult and complex" the company has ever had. About a week after the explosion, he pleaded with the public to turn in video or audio recordings of the blast and said that the company has not ruled out sabotage as a factor.

"AMOS-6 blew up on the launch pad at Cape Canaveral Air Force Station during a test firing of the Falcon 9 rocket, two days before the planned launch of the Israeli satellite. The satellite’s loss is estimated at $200 million. The rocket was owned by SpaceX, which said Friday it is scouring computer and video data for clues about what caused the explosion.

"Science, Technology and Space Minister Ofir Akunis called in the heads of Israel’s space industry for an emergency meeting on Friday. The destruction of the satellite dealt a major blow to Israel’s space plans. AMOS-6, built by Israel Aerospace Industries and operated by Israeli company Spacecom (in partnership with France’s Eutelsat Communications), was set to provide services to Israeli telecom networks and to be part of Facebook’s Internet.org platform, to expand Internet access to remote areas. It was meant to be operational for the next 16 years. (This excerpt is from Satnews.com)

Now it seems that folks have been meticulously reviewing tapes according to three industry officials with knowledge of the episode. SpaceX had still images from video that appeared to show an odd shadow, then a white spot on the roof of a nearby building belonging to ULA, a joint venture between Lockheed Martin and Boeing.

In addition since Elon Musk and ULA have been staunch competitors it was noted that a Space X employee visited its facilities at Cape Canaveral, Florida, and asked for access to the roof of one of ULA's buildings explaining that the company was tracking down all leads without laying any blame. ULA denied the SpaceX person access and reported the incident to the Air Force investigators who checked the roof without finding anything related to the explosion.

Musk has also added that he is "Particularly trying to understand the quieter bang sound a few seconds before the fireball goes off," he wrote on Twitter. "May come from rocket or something else."

Since then, SpaceX, which is leading the investigation with help from the Air Force, NASA and the Federal Aviation Administration, said it is narrowing down on the cause of the explosion, focusing on a breach in a second-stage helium system.

At a conference in Mexico this week, Musk said that finding out what went wrong is the company's "absolute top priority," but he said what caused the explosion is still unknown.