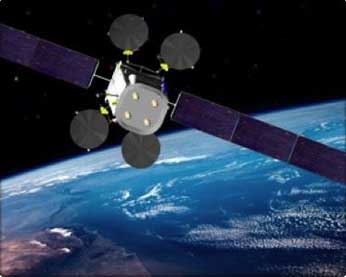 The second UHF hosted payload will be installed on the IS-27 satellite. The payload will offer 20 25-KHz UHF channels capable of serving the U.S. government and other Intelsat General clients around the world. The second payload will be identical to the UHF payload for the Australian Defence Force that will be hosted on the IS-22 satellite and launched in 2012, and will operate in a 72 degrees east orbital slot over the Indian Ocean.

The Intelsat satellites incorporate low-risk, proven technologies based on the Boeing 702HP satellite. The payload is powered by two solar wings, each with three panels of ultra triple-junction gallium arsenide solar cells. 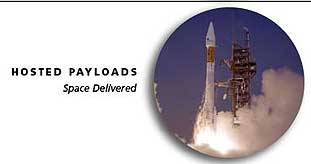 Intelsat's services
Intelsat's new satellites will utilize Boeing Lean manufacturing, which streamlines manufacturing and test through reduced part count, reduced assembly steps, more efficient operational layout and an enhanced supplier management philosophy based on a product line rather than program approach. Because of the modular design, common manufacturing processes such as pulse line and manufacturing line production can be leveraged to accelerate the manufacturing cycle, leading to a faster delivery for the customer.

"Providing a second military hosted payload for Intelsat demonstrates our ability to rapidly respond to provide capability to augment government customers' needs," said Craig Cooning, vice president and general manager of Boeing Space & Intelligence Systems. "Boeing has been a leading government payload provider for more than 40 years, and we are well qualified to equip commercial satellites with operationally responsive space solutions for military customers around the world."

The modular design of the Boeing 702MP satellites in the Intelsat series allows the UHF and other hosted payloads to be accommodated easily, with no impact to the assembly or delivery schedules.

Boeing is a long-time provider of UHF payloads to the U.S. Navy. The company built 11 satellites for the Navy’s UHF Follow-On system, which provides secure global communications for the U.S. military worldwide. Boeing also is under contract to deliver three UHF payloads to prime contractor Lockheed Martin for the Navy’s Mobile User Objective System (MUOS) communications system. Boeing is building the four Intelsat satellites and the two hosted payloads at its satellite factory in El Segundo. IS-27 is planned to operate over the Atlantic Ocean region at 55 degrees west longitude and will provide simultaneous operation of 39 C- and Ku-band transponders that deliver optimized video, network and voice services to the Americas and Europe.