JAXA Plays Ball on the ISS With Int-Ball Drone Camera 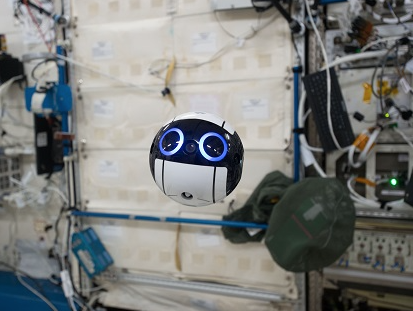 The International Space Station isn't thought of as a volley ball court or other sport played with a ball, but there is now a ball rolling around the ISS only this one take images and movies. JAXA has revealed their latest experiment.

The Japan Aerospace Exploration Agency (JAXA) has for the first time disclosed images and movies taken by the JEM Internal Ball Camera  called Int-Ball its first camera drone that can record video while moving in space under remote control from the ground. 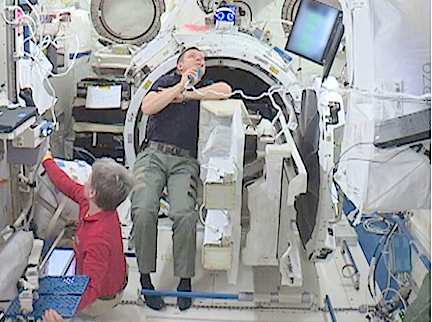 Int-Ball was delivered to Japanese Experiment Module "Kibo" on the International Space Station by the U.S. Dragon spacecraft launched on June 4, 2017, and is currently undergoing initial verification.

The camera can move autonomously in space and record still and moving images under remote control by the JAXA Tsukuba Space Center.
The recorded images and videos can be checked in real time by flight controllers and researchers on the ground, and then be fed back to the onboard crew.

The camera adopts existing drone technology and its exterior and inner structures were all manufactured by 3D-printing.

Acquiring the capability to move anywhere at any time via autonomous flight and record images from any angle. Realizing "zero" photographing time by the onboard crew in the end, which amounts to about 10 percent of their working hours at present. Enabling flight controllers and researchers on the ground to check the crew's work from the same viewpoint as the crew. The effective cooperative work between in space and on the ground will contribute to maximized results of "Kibo" utilization experiments. Striving to further improve Int-Ball's performance, enhance its functions, and promote the automation and autonomy of extra- and intra-vehicular experiments, while seeking to acquire the robotics technology available for future exploration missions.