DARPA has announced the DARPA Launch Challenge, designed to promote rapid access to space within days, not years.

The U.S. space architecture is currently built around a limited number of exquisite systems with development times of as much as 10 years. With the launch challenge, DARPA plans to accelerate capabilities and further incentivize industry to deliver launch solutions that are both flexible and responsive. 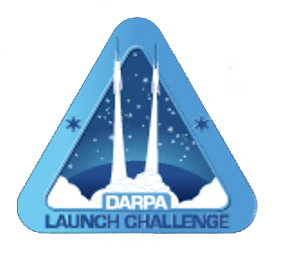 The commercial small-launch (10 to 1000 kg.) industry has embraced advances in manufacturing, micro-technologies, and autonomous launch/range infrastructure. DARPA seeks to leverage this expertise to transform space system development for the nation’s defense. Frequent, flexible, and responsive launch is key to this transformation.

In late 2019, qualified teams will compete for prizes, with a top prize of $10 million. Teams will receive exact details on the payload in the days before each of the two launch events, with only a few weeks’ notice about the location of the first launch site. Once they successfully deliver their payload to LEO, competing teams will get details of the second launch site. Teams again will have just days to successfully deliver a second payload to LEO, for a chance at a prize. Final ranking for the top three prizes will depend on speed, payload, mass, and orbit accuracy.

DARPA is coordinating closely with the Federal Aviation Administration (FAA), which is responsible for granting licenses for commercial space launches and will be involved throughout the challenge. Competitors participating in the DARPA Launch Challenge are required to obtain FAA licenses for all launch activity conducted under this effort.

A competitors’ day with representatives from DARPA and the FAA will be held in Los Angeles on May 23, 2018. To register to attend or for additional guidelines on how to participate in the challenge, please visit www.darpalaunchchallenge.org.

Todd Master, the DARPA Launch Challenge program manager for DARPA’s Tactical Technology Office, said current launch systems and payload development were created in an era when each space launch was a national event. DARPA wants to demonstrate the ability to launch payloads to orbit on extremely short notice, with no prior knowledge of the payload, destination orbit, or launch site. The launch environment of tomorrow will more closely resemble that of airline operations — with frequent launches from a myriad of locations worldwide.