The Japan Aerospace Exploration Agency (JAXA) has announced that three cubesats carrying Amateur Radio payloads, including one with a V/U linear transponder, were deployed from the International Space Station (ISS) on May 11 at around 1030 UTC.

This announcement was carried at the ARRL's infosite. 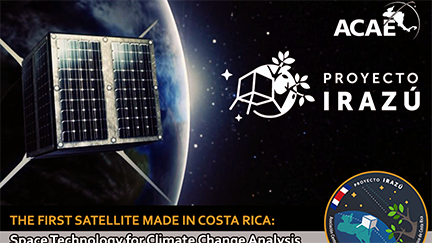 Artistic rendition of the Irazu smallsat.