[SatNews] The ground segment will allow programming commands to be sent to the satellites to receive, generate, distribute and store the images they acquire. 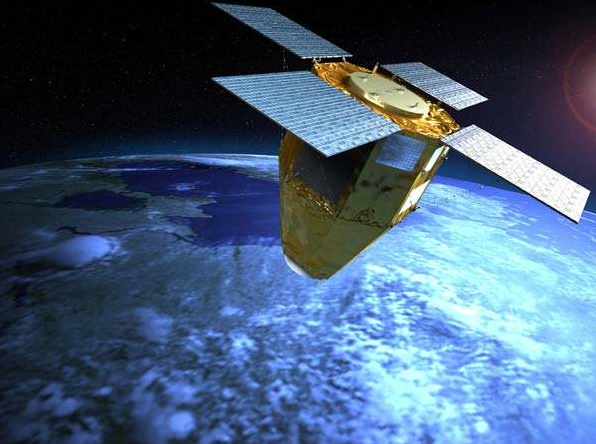 Ground stations for the MUSIS spy satellite are expected to enter service in 2017. (French Ministry of Defense)

Space Systems of Airbus Defence and Space has been selected by the French armament procurement agency DGA to build the user ground segment (UGS) of the MUSIS (MUltinational Space-based Imaging System for surveillance, reconnaissance and observation) observation satellite program. This new deal includes providing through-life support for the user ground segment for 12 years.

This ground segment will allow programming commands to be sent to the MUSIS satellites and to receive, generate, distribute and store the images they acquire. The UGS will also enable the French armed forces to access all the existing and future satellite observation sensors.

The ground segment is set to become operational by 2017—the year in which the first satellite of the MUSIS program will be launched.

“This contract has been secured thanks to the technological excellence and reliability of Space Systems in the space domain, which is currently experiencing especially intense competition in major institutional markets,” said François Auque, Head of Space Systems (formerly Astrium). “Astrium’s know-how and that of our partners, chief among them the teams at Cassidian—with whom we now work together in the same division—made all the difference with our customer, the DGA. I would like to thank the DGA for renewing the faith they have shown in us for more than 25 years now.”

The industrial team put together by Airbus Defence and Space in building the UGS is made up of leading defense and network infrastructure specialists (Capgemini, CS, etc) and innovative SMEs such as Magellium.