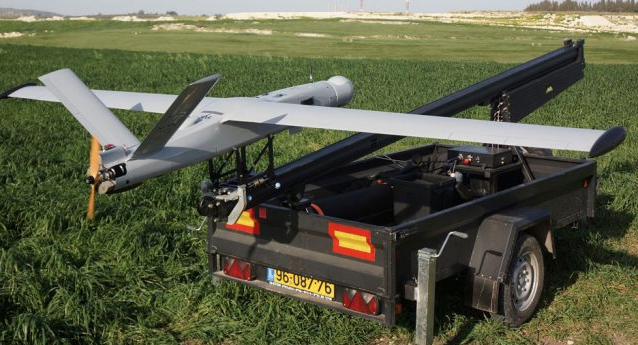 New ideas are presented at Eurosatory.

This new category was pioneered by Boeing InSitu with the RQ-21 Blackjack drone developed for the US Marine Forces. The Blackjack offers a platform significantly lighter and agiler than the current RQ-7B Shadow. With a catapult launched system that has a Gross Takeoff Weight (GTOW) of 61 kg (135 lbs.) that carries 18 kg (39 lbs) of payloads which currently are limited to a small range of EO/IR sensors. Future systems will also include wide area surveillance, radar, and electronic monitoring.

The Skyhook, a unique retrieval system used by the Blackjack enables recovery of RQ-21Adrones anywhere on land and at sea, without dependence on a landing strip. The drone can stay airborne for 16 hours at a service ceiling of 19,500 ft.

Despite its operational versatility, the RQ-21A is quite limited in its mission configurations, as it is dependent on specific payloads to carry out its tasks.

Smaller and lighter tactical drones that have evolved in Israel in recent years support such capabilities. Most systems weigh about half the weight of the Integrator; the latest versions are capable of fulfilling most of the missions carried by the new US drone.

The Orbiter 3, an electrically powered UAV developed by Israel’s Aeronautics Systems, is available in two variants that pioneered the STUAS category—a platform that can deploy and operate at the battalion and brigade level, perform missions at altitudes of 5,000 - 10,000 ft. for several hours and carry payloads weighing up to 10 pounds. Electrical propulsion provides the drone acoustic stealth capability, particularly at night, when the familiar signsture of piston-engines is clearly heard. 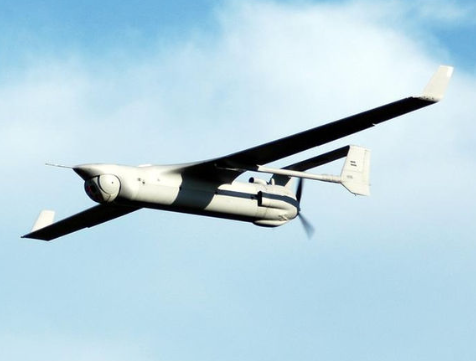 All Four systems presented by the Israeli companies are launched from a catapult and retrieved by parachute and airbag cushion.

All reflect recent redesigns aimed to better position these platforms to address new requirements that evolve from the intensive hybrid warfare events that are shaping modern military operations.

The similar dimensions derive from the sensors these drones are designed to carry; stabilized, multi-sensor EO/IR payloads weighing 3-5 kg, electronic monitoring packages, and RF jammers, weighing up to one kilogram each, are all designed to support the potential missions of such platforms.

While the company’s current Skylark 1-LEX often operated at the battalion level, the larger and more robust Skylark 3 is designed to serve the brigade. With GTOW of 40 kg, the new drone can carry multiple payloads of up to 10 kg (22 lbs) in weight. This electrically-powered platform can sustain a mission of up to six hours, at an operating ceiling of 15,000 ft.; the Skylark 3 can operate at a range of 100 km. Typical sensors carried by the Skylark 3 include EO/IR day/night payloads, electronic monitoring (ELINT) and communications intelligence (COMINT).

Aeronautics Systems had fielded its version of Mini-Tactical drone – the Orbiter 3. This drone has evolved through the development process, and is currently in the Orbiter 3B version, an electrically powered flying wing, with a gross takeoff weight of 30 kg, carrying payloads up to 5.5 kg weight. The remaining payload is reserved for batteries, providing an endurance of 7 hours. To extend its mission Aeronautics developed the Orbiter 3LE and Orbiter 4, powered by internal combustion engines. Orbiter 4, currently in development, will have a GTOW of 50 kg, and operating ceiling of 18,000, enabling line-of-sight control beyond 250 km and mission endurance beyond 24 hours. 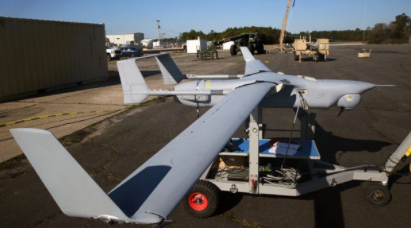 The BirdEye 650D, designed for military and paramilitary intelligence, surveillance and reconnaissance (ISR) can conduct autonomous missions including point takeoff, point recovery, at an altitude of 15,000 ft.; the drone can operate at ranges of up to 150 km and endurance of more than 15 hours.

The latest Israeli entry in the Small, Tactical UAS category is the ThunderB from BlueBird Aerosystems – the most recent upgrade implemented with this drone made the thunder the first Israeli STUAS to achieve the goal of 24-hour operation with such small platform. The small drone has already passed its first combat test in April, during hostilities that erupted between Armenia and Azerbaijan. One of the ThunderB drones operated by the Azeri side crashed and fell into Armenian hands, thus revealing its use in the Caucasus.

“We have developed the ThunderB in response to the need for a field-launched, long-range, long-endurance UAS, capable of complex missions that, until now, required the use of significantly larger platforms, logistical footprint, and higher life-cycle-cost.” Said Mr. Ronen Nadir, Bluebird’s CEO. The ThunderB, with its automatic field launch by a small pneumatic launcher and automatic field recovery utilizing a parachute and an airbag, can be deployed and operated from a small vehicle or trailer, eliminating the need for costly infrastructure such as runways, hangars, etc.

ThunderB is a tactical-sized UAS, weighing 28kg, with a wingspan of 4m, undetectable to the naked eye even when cruising at altitudes as low as 3000 ft. The system’s unprecedented reliability and endurance are based on an advanced computerized electronic fuel-injected (EFI) engine, coupled with multiple system redundancies throughout the UAS.