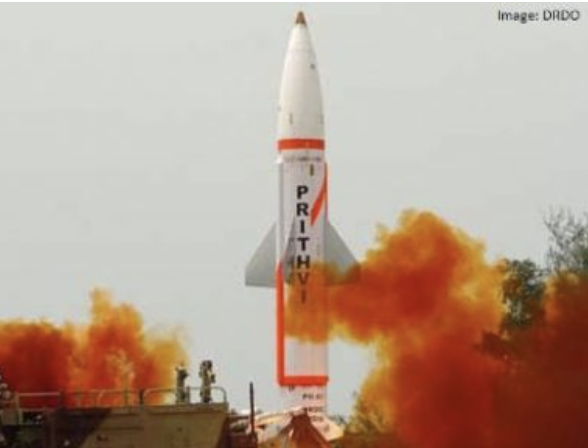 Reddy’s comments suggest that its March 2019 ASAT test was not a one-off, at least under the leadership of current Indian Prime Minister Narendra Modi. The next few weeks sees India go to the polls for a general election, and while Indian opposition candidates are unlikely to scrap Indian ASAT programmes altogether, the DRDO agenda seems to be dependent upon the political success of Prime Minister Modi.

“We are working on a number of technologies like DEWs (directed-energy weapons), lasers, electromagnetic pulse (EMP) and co-orbital weapons etc. I can’t divulge the details, but we are taking them forward,” Reddy told the Times of India.

Labeling these capabilities as “space deterrence” technologies, Reddy’s DRDO will develop counterspace weaponry (budget and politics permitting) as part of India’s quest to counter what it views as a growing Chinese space threat, and by extension, military dominance over its neighbouring adversary Pakistan.

“India has over five decades of experience with space capabilities, but most of that has been civil in focus. It is only in the past several years that India has started organizationally making way for its military to become active users and creators of its space capabilities. India’s military has been developing an indigenous missile defense program that its supporters argued could provide a latent ASAT capability, should the need arise. India held such a kinetic ASAT test in March 2019 where it destroyed one of its own satellites. However, given how much investment the Indian military is making in its satellite capacity, India’s continued insistence that it is against the weaponization of space, and the income that Indian rockets are making launching other countries’ satellites, it is unclear whether they will move to actively create an official counterspace program and they may just stop at having proved an ASAT capability,” Brian Weeden and Victoria Samson recently wrote in the latest edition Global Counterspace Capabilities: An Open Source Assessment, published by the Secure World Foundation (Disclosure: Secure World Foundation support SpaceWatch.Global with an annual grant).

Satheesh Reddy was quoted as saying that the government is to decide on the “weaponisation” of anti-satellite systems or the creation of an Aerospace Military Command, adding that India does not intend to carry out additional tests of its new “satellite-killer.”

“Space has gained importance in the military domain. The best way to ensure security is to have deterrence,” he added.

Satheesh Reddy described the missile as a “direct-ascent, kinetic kill weapon”, adding that it is “feasible” to hit multiple satellites with multiple launches of such missiles, which can go as high up into space as 1,000 kilometres.