[SatNews] ...said he had transformed the group's fortunes by targeting the mobile phone sector and he is now looking for investors to fund new satellites. 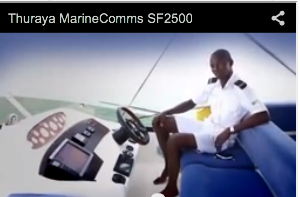 Based on the success of their expansion strategy last year that bumped up revenue by 15 percent, Dubai-based satellite communications company Thuraya is once again seeking partners to continue on in this vein.  Revenue for the company, which competes with Inmarsat, Iridium Communications and Globalstar Inc, grew 15 percent to $122 million last year and its core earnings rose 29 percent to $36 million. According to Chief Executive Samer Halawi said he had transformed the group's fortunes by targeting the mobile phone sector and he is now looking for investors to fund new satellites. "We have pioneered the concept of 'bring your own device' to the satellite world," he said in an interview in London. "People need devices that are simple to use and are appealing, and they want to use their own devices as an interface."

The company is astute in recognizing their shortcomings and moving to correct those areas, specifically, their two geostationary satellites, the first covering the Middle East, Africa and parts of Europe and a second serving Asia, that are unable to provide full time coverage for maritime customers, recognized as the biggest satellite users. This created a stunted growth in the years 2007-2010. 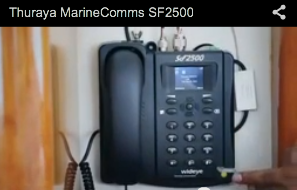 Now they're ramped up and have designed a cradle for an Apple iPhone or Samsung Galaxy smartphone that can switch from mobile to satellite coverage, with all billing and contract plans handled by the mobile operator. Satellite calls on such plans typically cost about $1.50 a minute, Halawi said, which competes well against roaming charges. These duel service phones are effective for those needing 100 percent coverage, even in emergencies such as power failures.

Companies that are investing include; Japanese mobile operator SoftBank Mobile and SMART Communications in the Philippines, Halawi said, adding that more will follow, and included encouraging words that Thuraya, whose shareholders include telecoms group Etisalat, is also working with partners to provide a wider maritime service to the shipping industry. Halawi continued with comments that indicated "We are looking for partners for the next generation of capability," including financial institutions and technology companies and tapping debt markets. Learn more here.