[SatNews] “The use of satellite in so many different verticals has been proven to save time, money and most importantly, lives ..."

The campaign catalogs the enormous contributions of satellite technology to human welfare, the economy, peace and security, and is part of a long-term effort to raise awareness of satellite as one of the world’s essential technologies. The modern world literally runs on satellite, from TV and computer networks to weather forecasting, public safety, transportation, global security, retail payments and the world’s financial markets. But few people know this, and that lack of awareness creates headwinds for the industry while limiting the value that satellite can deliver to governments, business and society as a whole. 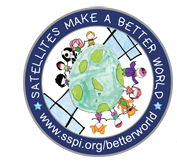 “C-COM is proud to endorse this all important campaign started by our friends and colleagues at SSPI”, said Dr. Leslie Klein, President and CEO of C-COM. “The use of satellite in so many different verticals has been proven to save time, money and most importantly, lives. It’s time for those of us in the satellite business to do what we can to educate policymakers, commercial innovators, and the young people who are fascinated with this growing technology”, Klein continued.