Milestone progress is being made in readying NASA’s Green Propellant Infusion Mission (GPIM) for launch in 2016, a smallsat designed to test the unique attributes of a high-performance, non-toxic, “green” fuel in orbit. 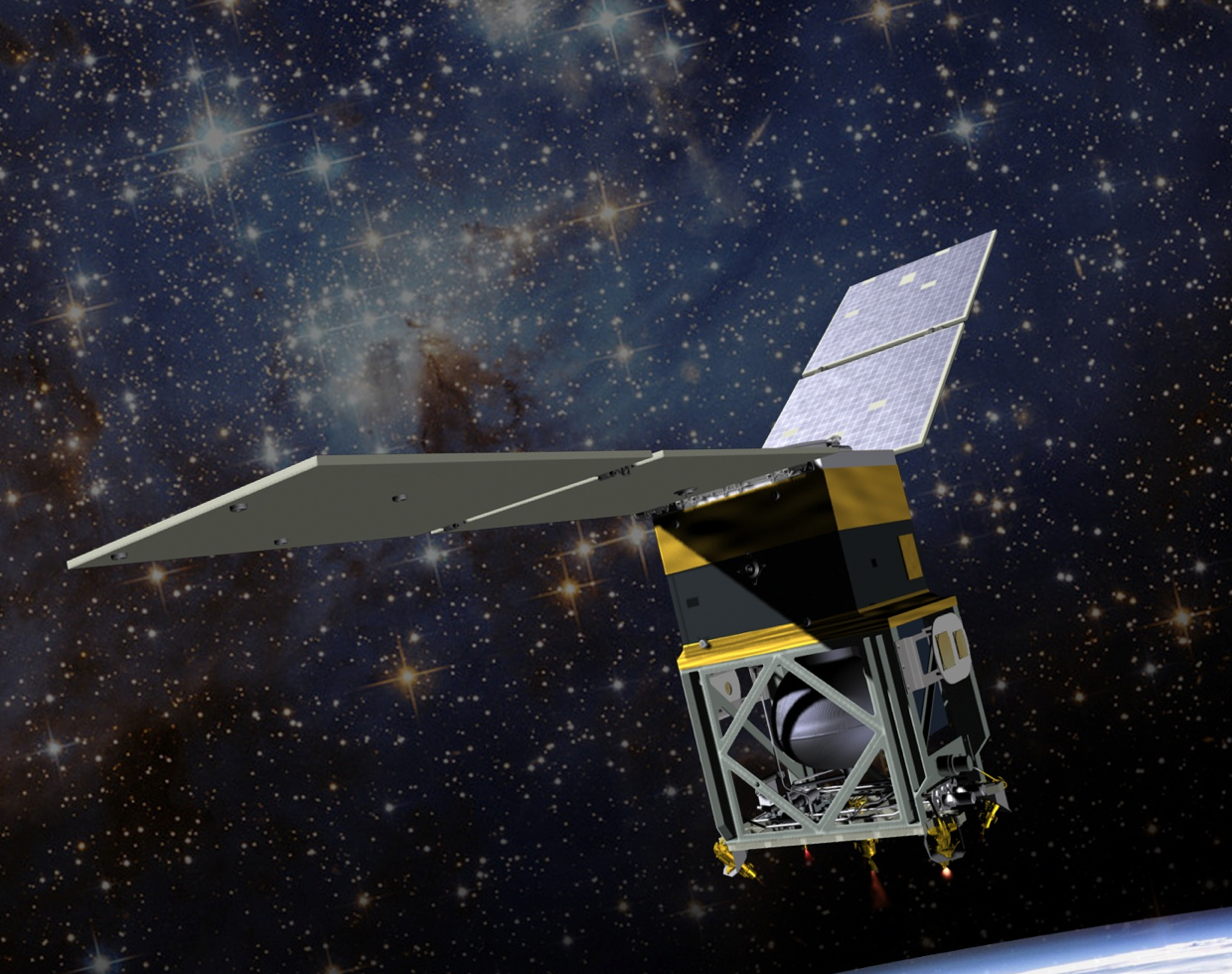 The GPIM marks the first time the United States will use a spacecraft to test green propellant technology, thereby showcasing the innovation needed to develop a fully domestic, green propellant solution for the next generation of space flight.

GPIM is a Technology Demonstration Mission made possible by NASA’s Space Technology Mission Directorate (STMD) and draws upon a government-industry team of specialists.

“The GPIM project symbolizes what we do best in STMD,” said NASA’s Program Executive for Technology Demonstration Missions Timothy Chen. “We invest in break-through technologies that will fundamentally change the way industry does things. We enable critical technologies such as the green propellant to buy down the risk of development so that NASA, industry and other government agencies can use the technology as close to off-the-shelf as possible. The GPIM project has continued to make significant progress towards proving a mission-capable green alternative to mono propellant hydrazine thrusters.”

Ball Aerospace & Technologies Corp. of Boulder, Colorado is the prime contractor for GPIM and is leading the demonstration of the alternative fuel for future space vehicles.

“Green fuel is not only great in terms of handling and safety, it is also a very high-performance rocket fuel,” said Ball Aerospace’s Principal Investigator for GPIM Chris McLean. “It opens the mission trade space for expanded science operations and/or increased durations.” 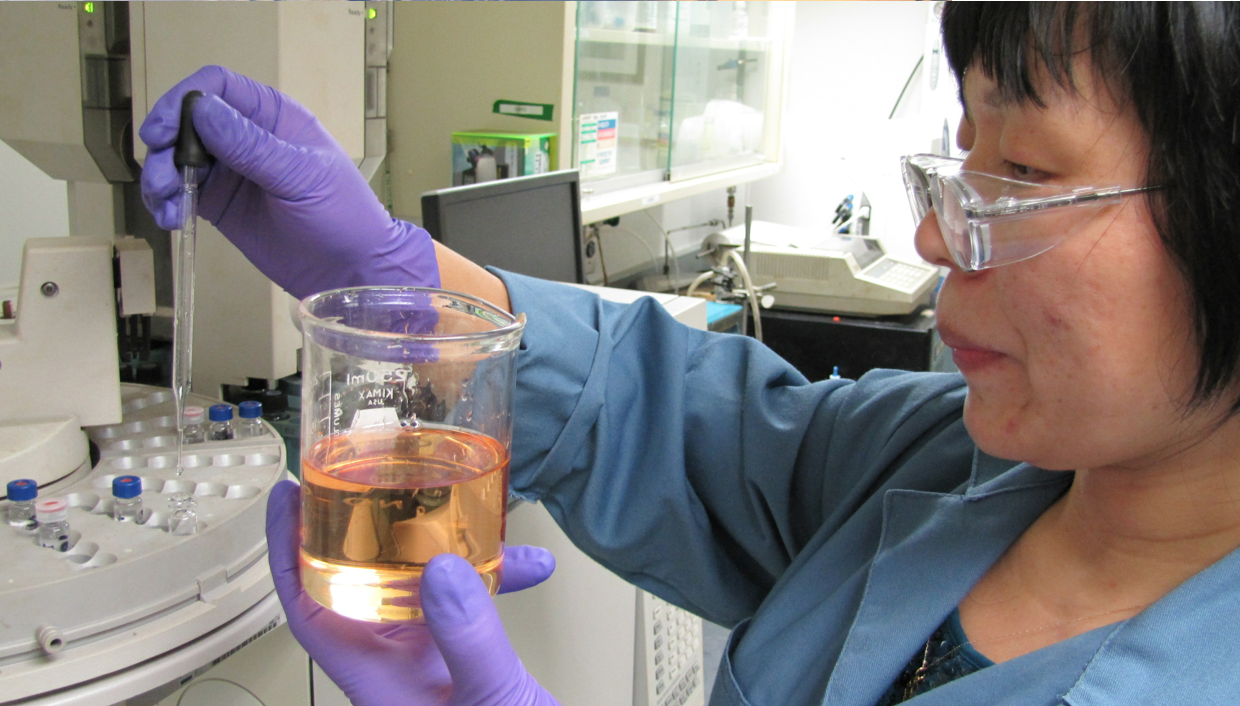 The green propulsion system will fly aboard the tried-and-true Ball Configurable Platform 100 spacecraft bus, a cost-saving approach, McLean added, since this is the third build of this bus. The AF-M315E fuel for GPIM was developed by the Air Force Research Laboratory at Edwards Air Force Base in California. The propellant offers nearly 50 percent higher performance for a given propellant tank volume compared to a conventional hydrazine system.

McLean noted that GPIM will use a catalyst technology, pioneered by Aerojet Rocketdyne of Redmond, Washington, also a key partner in the spacecraft mission. “Once the green fuel gets into that catalyst it decomposes exothermically and evolves into gaseous products that come out the engine nozzle…and that’s how we get thrust,” he explained.

GPIM’s on-orbit test of the green fuel will make use of a set of 22 newton and 1 newton-class thrusters. A newton is a unit of force.

“That breakthrough in catalyst technology enabled these thrusters to be developed,” said McLean.The fabrication and testing of GPIM thrusters is progressing within a specially built test lab at Aerojet Rocketedyne’s Redmond site. Making use of a new vacuum chamber and instrumentation system, work is underway there to ready the 22-newton and 1-newton thrusters.

The 22-newton thruster will fire simultaneously along with four smaller 1 newton thrusters aboard the GPIM satellite to make orbit changes, as well as perform pointing and hold tests during the early months of an expected year-long flight.

“For the last several years our research and development group that’s dedicated to this technology has made several, quite astounding leaps forward,” said Aerojet Rocketdyne’s Senior Project Engineer on the GPIM program Jonathan Overly.

Overly said the company’s work has helped to make the GPIM mission possible in many ways, particularly in increasing the life and the performance capability of the thrusters.

“Creating a long-life catalyst was probably the biggest improvement,” said Overly. “The thrusters have a lot of capability. It has been a very challenging development process, yet very rewarding. The testing is just going phenomenally and I couldn’t be happier.”

GPIM thrusters and the complete propellant system will be delivered to Ball Aerospace and then integrated into the spacecraft, Overly explained. “Because this is an infusion mission, the intent is to demonstrate the full capability of the thrusters…so they can be better infused into a variety of space missions. The applications for this propellant are widespread,” said Overly.

The GPIM is among several other payloads to be lofted in 2016 by a SpaceX Falcon Heavy booster.

“One of the things that I love about technology demonstration missions is that for a relatively low dollar amount we are capable of doing significant technology advancements,” said McLean. “Everybody on the program is contributing to the success of GPIM.”