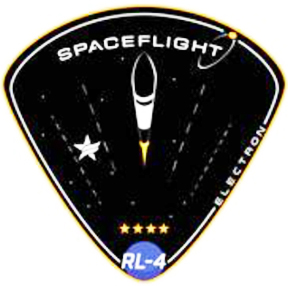 Spaceflight has managed the procurement, integration, and mission management services for three spacecraft on Rocket Lab’s next mission aboard an Electron rocket.

This mission, called “Look Ma, No Hands” by Rocket Lab, represents Spaceflight’s second of several launches scheduled with Rocket Lab this year and follows the launch of seven spacecraft on its inaugural “Make it Rain” mission with Rocket Lab in late June from Launch Complex 1 at the southern tip of Mahia Peninsula, on the east coast of New Zealand's North Island. The first launch opportunity is no earlier than 13:24 UTC, Friday, August 16th.

The spacecraft on the mid-inclination (45 degrees) mission to a 540km x 540km orbit include:

This mission marks Spaceflight’s fifth launch of 2019. In addition to the “Make It Rain” mission in June, it follows the successful launch and deployment of 21 spacecraft aboard PSLV C45 in March 2019, as well as the GTO-1 mission, launching the first commercial lunar lander in February aboard a SpaceX Falcon 9.

To date, the company has negotiated the launch of more than 270 satellites and has plans for approximately eight more missions in 2019 launching more than 50 payloads across a wide variety of launch vehicles, including the Falcon 9, Antares, Electron, Vega, Vector, PSLV, and LauncherOne.

Curt Blake, CEO of Spaceflight, said the company is looking forward to offering the firm's customers a regular cadence of launches with Rocket Lab. This second Electron launch is off to a mid-inclination orbit, which is necessary for these customers to fulfill their business and mission objectives. Having multiple launches across different launch vehicles gives the company's customers the flexibility they need to mitigate risk from potential delays.