Why Swarm Technologies Had to Pay FCC $900,000 for SpaceBEE Picosatellites Settlement 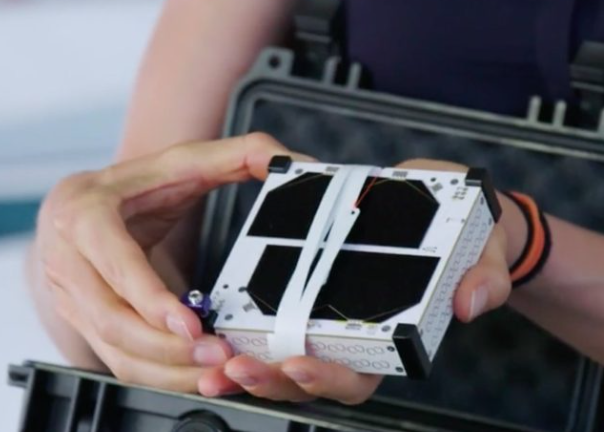 These SpaceBEEs (Basic Electronic Elements) may be tiny picosatellites, but it's not the size that caused an issue, it's what the company, Swarm Technologies did, that was unauthorized according to the FCC, that cost the company $900,000.

The FCC has settled an investigation into an alleged unauthorized launch and operation of small satellites by Swarm Technologies. The company agreed to a Consent Decree that included a $900,000 penalty, an extended period of FCC oversight, and a requirement of pre-launch notices to the FCC, among other stipulations.

In April 2017, Swarm applied for an Experimental license to deploy and operate two Earth stations and four tiny 0.25 U CubeSats called SpaceBEEs. The FCC denied Swarm’s application in December 2017 over concerns about the ability to track the satellites. Swarm nevertheless launched the satellites on January 12, 2018, on a vehicle that also carried an Amateur Radio satellite into space. After reports of the unauthorized SpaceBEEs launch surfaced, the FCC launched an investigation last March.

The FCC determined that Swarm had launched the four SpaceBEEs from India and had unlawfully transmitted signals between Earth stations in Georgia and the satellites for more than a week. In addition, the FCC discovered that Swarm had also performed unauthorized weather balloon-to-ground station tests and other unauthorized equipment tests prior to the launch. All these activities required FCC authorization.

The December resolution requires Swarm to pay a penalty $900,000 to the U.S. Treasury and to submit pre-launch reports to the FCC for the next 3 years. The FCC said Swarm has committed to a strict compliance plan to prevent future FCC rule violations.

From the National Association for Amateur Radio