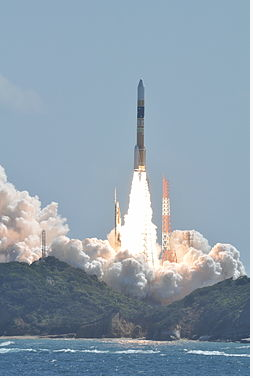 [SatNews] More cubes in space and a precipitation observatory to go up tomorrow, Thursday, February 27.

In addition, to capitalize on the excess launch capability of the H-IIA F23, JAXA will include in a secondary payload, or piggyback payload, seven small cubesats. The launch is scheduled to occur during a 1 hour window opening at 18:37 UTC on  February 27, 2014 (03:37 JST on February 28).

Details may change rapidly as the countdown and ascent progress.