Key point: Satellites are needed to help target nuclear weapons and so attacking them might look like part of a surprise nuclear strike. 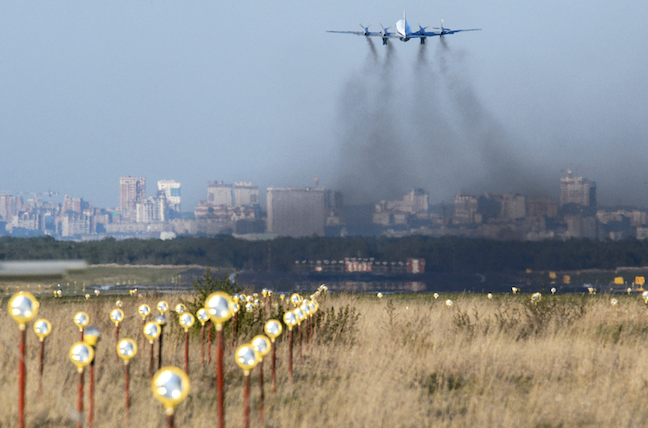 According to the designers, the new Il-22PP Porubshchik can selectively disable enemy equipment using powerful interference while obstructing similar enemy means of electronic warfare. Photo: An Ilyushin Il-18 airliner takes off from Runway 1 of the Tolmachovo airport. Alexandr Kryazhev/RIA Novosti

Russia says it is developing a new aircraft that can disable the electronics on U.S. satellites.

Could this new development trigger a nuclear war?

The electronic warfare aircraft “will be capable of turning off the electronics installed on military satellites,” according to Russia’s Sputnik News. The conceptual work has been completed and design and development will begin soon.

“The work is currently underway to develop an aircraft equipped with jamming systems that will replace Il-22PP Porubshchik [electronic warfare aircraft], which are currently being delivered to the Russian Aerospace Forces,” an unnamed Russian defense industry source told Sputnik News. “This machine will receive a fundamentally new on-board equipment, which will allow to conduct electronic suppression of any targets—ground, air, sea—and disable enemy satellites that provide navigation and radio communication on the ground.”

Russia currently operates three electronic warfare aircraft based on the Ilyushin Il-22, according to Sputnik News. The Il-22PP versions are variants of the Il-22 (NATO code name Coot B) airborne command post, which is itself derived from the Il-18 airliner, which first flew in the 1950s.

The Il-22PP was first flown publicly in 2016. The aircraft, described as an “escort jammer” to support other aircraft, was intended to disrupt radars, surface-to-air and cruise-missile guidance systems, and tactical data networks such as Link 16.

“The problem of Porubshchik 1 is in the aircraft platform itself, as Russia has about 10 Il-22 planes and this machine cannot be reproduced,” the defense industry source told Sputnik News.

“The new aircraft will be named Porubshchik 2, but most likely, this machine will join the Aerospace Forces under a different name,” the source added. “There definitely will be a new air-frame. There is a possibility of developing such an aircraft on the basis of Tu-214 or Il-76 plane.” 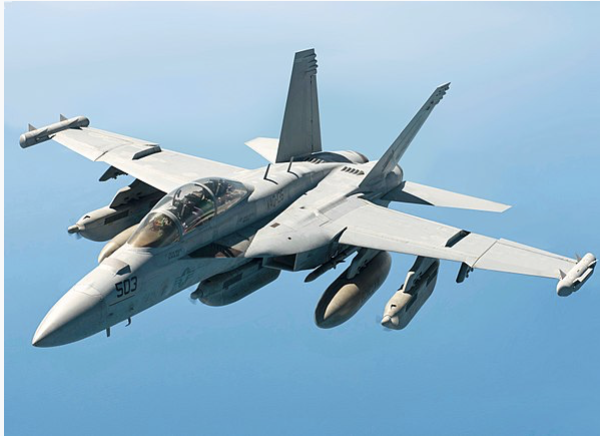 A U.S. Navy EA-18G in flight over the Pacific Ocean

None of this is particularly noteworthy. Electronic-warfare aircraft, such as the EA-18G, have become a fixture of aerial warfare since World War II. Jamming radars, missile-guidance systems and communications networks has become par for the course. For that matter, the Pentagon worries about Russian and Chinese capabilities to jam or spoof GPS links that are key to accurate navigation and targeting.

But disabling the electronics on satellites? This would seem to be a different challenge, and how Russia plans to tackle it is unclear. For example, what does it mean to “turn off” a military satellite? Convince the satellite to shut down its systems, perhaps by spoofing a command signal from ground control? Or does it mean hitting the satellite with some kind of powerful beam that fries its electronics or disrupt its systems? And how powerful a system could be mounted on what is essentially a medium-sized airliner?

However, the most interesting question isn’t about aircraft or satellites. It’s about who is willing to risk nuclear war. The Trump administration’s draft Nuclear Posture Review, released in January, suggests that America could respond with nuclear weapons to a kinetic or cyberattack on U.S. satellites. “The President will have an expanding range of limited and graduated options to credibly deter Russian nuclear or non-nuclear strategic attacks, which could now include attacks against U.S. NC3 [nuclear command, control and communications], in space and cyber space,” states the NPR.

If Russia can in fact disable the electronics on American satellites, and the NPR does reflect U.S. policy, then turning off a satellite could be construed as an act of war sufficient to justify a nuclear response. Whether a U.S. president would in fact risk thermonuclear war over a disabled satellite is another matter. Nonetheless, Russia’s new toy could have dangerous implications.

By Michael Peck, for The National Interest