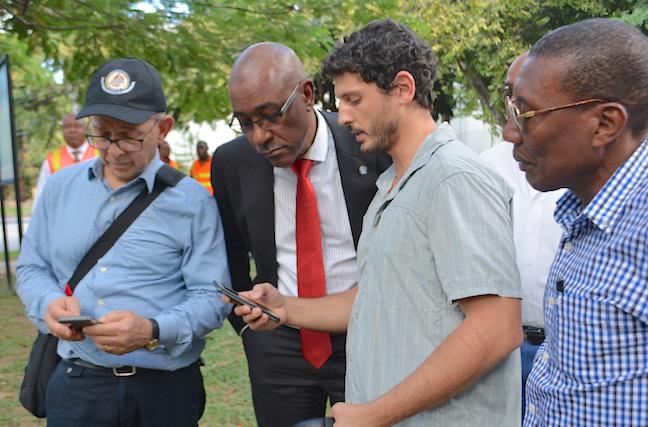 It may seem incongruous that water can be a precious commodity in a tropical paradise, but that's what has taken place in the Caribbean island of Trinidad and Tobago. Help has come to seek out wasteful water leaks using Utilis, a San Diego, California, company's technology.

Utilis and their leak survey method was welcomed by the Ministry of Public Utilities in Trinidad and Tobago in January. The island nations are moving into their dry season and the Ministry has contracted with Utilis to provide its patented technology to identify sub-surface leaks in the municipal water distribution system. This project is being supported by the Inter-American Development Bank (IDB). Utilis and IDB are assisting the Ministry to reduce the high levels of water loss currently being experienced.

Utilis, headquartered in Israel with a U.S. subsidiary in San Diego, California, is the only patented technology using satellite microwave technology to penetrate soil in the search for drinking water associated with leaking pipes.  As the world’s only drinking water leak detection provider, their algorithm brings remote sensing technologies to the forefront of protecting the Earth’s resources.

Utilis CEO, Elly Perets, empathized saying that the islands of Trinidad and Tobago have had some difficult times in the past few years when it comes to their water supply and distribution systems. Utilis' goal is to reduce the water lost by non-revenue leaks in their potable systems.

While in the country, the leak detection team will carry out several site verification efforts in collaboration with the Water and Sewage Authority (WASA). Vitaly Bernshtein, a Utilis Analyst, met with Senator Robert Le Hunte, the Minister of Public Utilities, and explained the technology and process for leak verification.

Minister Le Hunte emphasized that while locating leaks is essential, it is not a panacea for all the ills plaguing the Utility. There are several factors which contribute to the lack of water in some parts of the country. The identification and repair of leaks must work in tandem with increased production, increased public awareness and conservation.