Understanding the Fabric of the Universe Over 10 Billion Years ... Euclid's Redesign of Near-Infrared Detectors 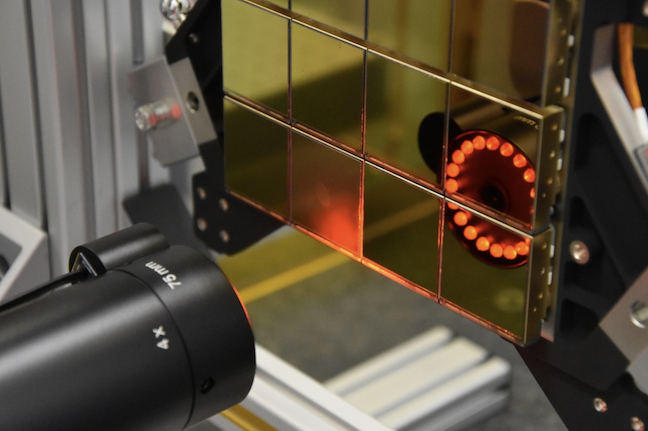 A major step towards the completion of the scientific payload on ESA's Euclid space mission has been completed, following the delivery of the detectors for the Near Infrared Spectrometer and Photometer (NISP) instrument.

Euclid is a pioneering ESA mission to observe and map the 3D distribution of billions of faint galaxies spread across the sky. This will enable scientists to determine in unprecedented detail the properties of the mysterious dark energy and dark matter, which together are thought to make up 95 percent of the Universe. The data are expected to revolutionize cosmology by improving the understanding of the evolution of the very fabric of the Universe over the past 10 billion years.

In order to investigate the invisible 'dark Universe', Euclid will carry two scientific instruments. Light gathered by Euclid's 1.2 meter diameter primary mirror will be split and sent to these instruments.

The Visible Imager (VIS) is being built by a consortium of nationally funded institutes led by Mullard Space Science Laboratory (MSSL) in the UK. 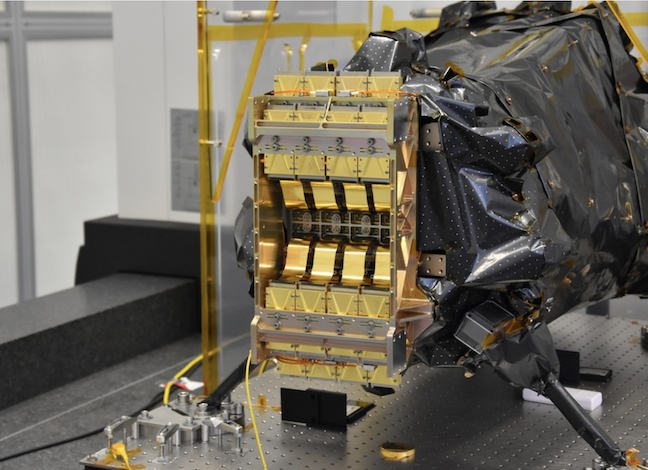 The other instrument, NISP, is provided by a consortium of nationally funded institutes led by the Laboratoire d'Astrophysique de Marseille (LAM) in France, with contributions from 15 countries, including the United States through an agreement between ESA and NASA. Part of the U.S. contribution is the provision of the NISP infrared detectors, an array of 16 imaging sensors (of the H2RG type) that are paired with 16 sets of readout electronics.

The observed failures were the effect of a partial detachment of an Application Specific Integrated Circuit (ASIC) from the board it was mounted on, caused by the very cold temperatures required for the Euclid mission detectors. 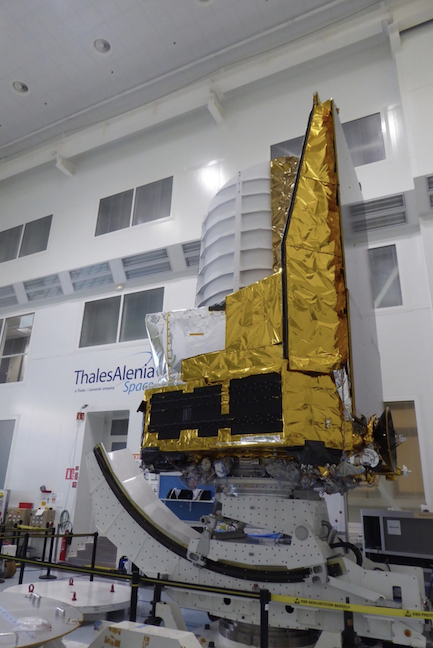 The complexity of the issue convinced NASA that the best way forward was to redesign and manufacture a new set of reliable readout electronics in rapid time, rather than attempt to improve the old design. In December 2017, NASA selected a new SCE design that was based on tried and tested materials and processes derived from previous missions.

The new SCE units, sometimes called Option B, were still based on the original Teledyne ASIC, but their mounting, circuits and packaging were entirely designed, manufactured and tested by NASA at its Jet Propulsion Laboratory in Pasadena, California, and Goddard Space Flight Center in Maryland.

After little more than one year, on February 7, 2019, a NASA/ESA Board approved the shipment to Europe of the first four of the newly designed flight-model SCE units, which fully met all specifications.

Three months later, on May 10, NASA delivered the last batch of flight SCEs to the premises of the LAM in France. This delivery brought the overall total to 16 flight models plus two spares — paving the way for completion of the full focal plane array of the NISP instrument. Two additional spare units will be shipped to LAM shortly.

Paolo Strada, NISP senior instrument engineer at ESA said that the effort produced by the U.S. partners to redesign the NISP readout electronics and demonstrate that the new design fully meets specifications in all its mechanical, thermal, electrical and performance aspects, was truly remarkable.

Giuseppe Racca, ESA's Euclid Project manager added that the decision to move to Option B was a very challenging one, since the new design for the SCE units and associated development was critical for the completion of NISP and it was consequently driving the mission launch date.

Adding that NASA managed to dispel all their fears and delivered the new devices in advance of the NISP deadline date. The cooperation between Europe and the NASA centers that were involved was always excellent during this challenging time.

The following stage for NISP was the integration of the detector hardware with the instrument in the LAM clean room and its transfer to the Centre Spatial de Liège (CSL) facility in Belgium for the final instrument acceptance testing.

By the end of the year, both of the scientific instruments will be delivered to Airbus Defence and Space in Toulouse, France, where they will be integrated with the payload module, which also includes the telescope and is currently under assembly. Once fully integrated, an end-to-end thermal vacuum test will take place at CSL in the second half of 2020, to demonstrate the system's optical performance.

Meanwhile, the Euclid Structural Thermal Model (STM) was readied in May at the Thales Alenia Space facilities in Cannes, France, and testing in a thermal vacuum chamber will begin in mid-July. The full thermal and mechanical test campaign will last until November.

An electrical model of the entire spacecraft, including the instruments, is under test at the Thales Alenia Space premises in Torino, Italy, where the service module flight units are also being assembled. Finally, a full test campaign of the integrated spacecraft is planned for 2021, leading to launch in June 2022.