Spaceflight will launch two payloads on its first rideshare mission to Geosynchronous Transfer Orbit (GTO) — the mission is scheduled for no earlier than mid-February 2019 aboard a SpaceX Falcon 9 launching from Launch Complex 40 at Cape Canaveral Air Force Station, Florida. 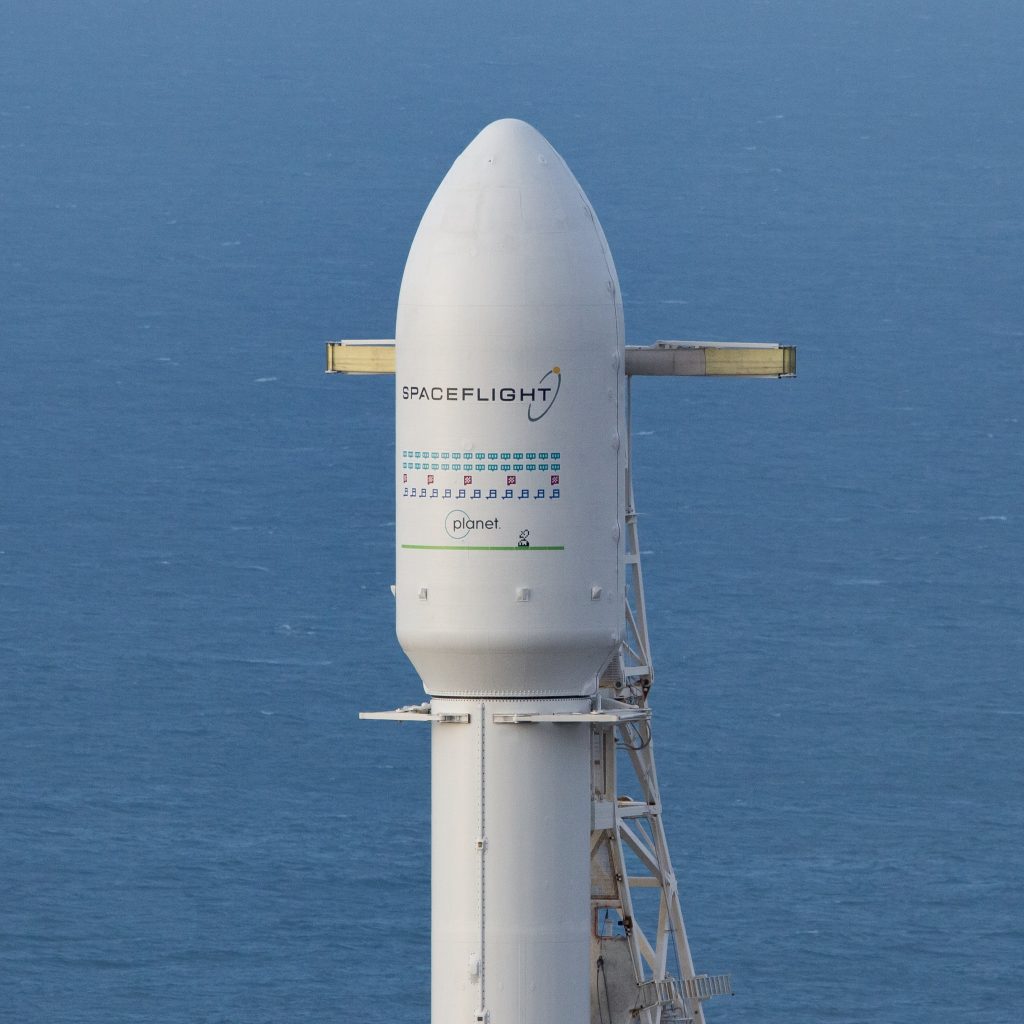 File photo of Spaceflight's SSO-A mission's fairing. Image is courtesy of the company.

This will be Spaceflight’s first mission beyond LEO and the company's first combined launch with SSL. In addition to securing capacity aboard the launch vehicle, Spaceflight is handling all the mission management and integration services for the lunar lander, called Beresheet (Hebrew for in the beginning), and AFRL’s spacecraft. This includes a number of services, from pre-launch design, assembly, and integration to the final analysis and testing of the architecture before the spacecraft are encapsulated into the rocket.

This mission marks Spaceflight’s inaugural launch of 2019 and the first mission following SSO-A, the company's historic, dedicated Falcon 9 rideshare mission that launched 64 smallsats from 34 organizations from 17 countries in December of 2018. To date, the company has negotiated the launch of more than 200 satellites and has plans for approximately 10 missions in 2019 launching nearly 100 payloads.

Curt Blake, the CEO of Spaceflight, said this is an important mission for Spaceflight as the firm's expands and evolves customer offerings. The launches being pursued continue to get more sophisticated and demonstrate that Spaceflight's expertise goes beyond identifying and scheduling launches. The company also offers valuable integration and deployment services that enable customers to reach space in a cost-effective manner and reach their desired orbit successfully. With this mission, Spaceflight is demonstrating that the Moon is within reach.